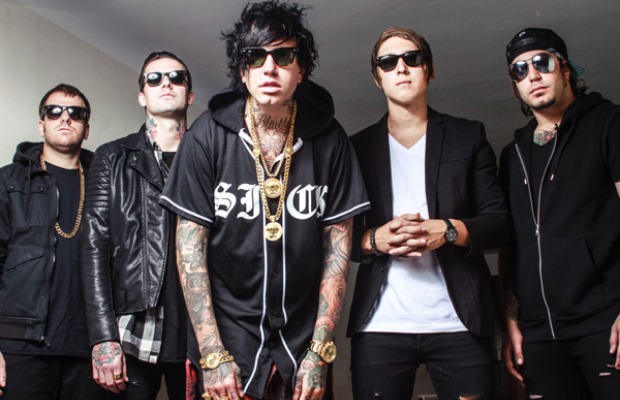 Attila have been on the defensive since the debut of their new song, “Proving Grounds.” In the song, which is about as offensive as you’d expect from Attila, singer Chris “Fronz” Fronzak shouts, “So who’s the faggot now?”

Senses Fail’s Buddy Nielsen is no stranger to taking a stand against bands like Attila. (If you remember, Nielsen famously went after crunkcore band Brokencyde after touring with them in 2009.) So it’s a good bet he’s the one behind the Senses Fail Twitter account saying this:

How many times can @ATTILAga insult the LGBTQ community in 3:00 min? I lost count.

If you think I'm homophobic in any way possible, you're clearly either an idiot or you're in a washed up band that nobody cares about

I hope when I'm old & shot I can find better ways to get press than to talk shit about bands half my age hahaha. I'm too smart for that.

@SensesFail it's 2014 bruh, get over it. Don't get offended by a silly word. I've never used it in a derogatory context. Gay people rule.

I honestly wish the whole world was gay. The world would be a better place.

@FRONZ1LLA also didn't say you are homophobic at all, just thought the over use of the F word in your new song needed to be mentioned

@FRONZ1LLA its 2014 that word shouldn't be used

@FRONZ1LLA I know most of what you do is for show I just think you should leave that word out. I'm sure you are a cool dude

@FRONZ1LLA the use of the word faggot is in itself derogatory