It’s been less than a year since August Burns Red debuted their full-length studio album Guardians. However, that hasn’t stopped them from dropping even more new tunes over the past few months. Now, August Burns Red are compiling all of their recent releases and upcoming songs into a new EP called Guardians Sessions, which arrives April 16.

This week, August Burns Red gave fans another taste of the upcoming EP with “Icarus,” a ferocious single that was originally recorded during their Guardians sessions.

For “Icarus,” August Burns Red did things somewhat differently. Alongside the powerful voice of frontman Jake Luhrs, the new track also features clean vocals from bassist Dustin Davidson. As it turns out, “Icarus” is the first August Burns Red track Davidson has ever sung on. However, when it came time to make the Guardians tracklisting, the song didn’t make the final cut.

“It’s nice to finally let the cat out of the bag on something we’ve been working on for such a long time,” guitarist JB Brubaker exclusively tells Alternative Press. “Guardians Sessions was a product of both having extra material when recording Guardians in 2019 and the pandemic forcing us off the road in March of 2020. We’ve always had a hard time staying still and tend to be a very project-oriented band. The first few months of the pandemic were devoted to the writing and recording of all the material that accompanies the Guardians B-side tracks: ‘Icarus’ and ‘Standing in the Storm.’

“I’m quite fond of the ‘Chop Suey’ and ‘Westworld’ covers as they’re the kind of tracks we normally wouldn’t have had time to do. ‘Icarus’ is the latest track we’ve shared from this release. It’s a riff song from the mind of our bassist, Dustin Davidson. The song is upbeat and has a more cheerful tone than a lot of our material. Dustin also does some clean vocals on the track which is a first for him in an ABR song.”

Back in 2015, Davidson’s pop-punk band Best Case Scenario released their first and only album Staircase Wit on Bandcamp, and the musician reveals fans of that release will hear some influence on “Icarus.” The project’s LP, which hit streaming services in 2016, features August Burns Red drummer Matt Greiner who tracked most of the drums. As well, Brubaker appears on the song “Memories On Holiday.”

“‘Icarus’ was a B-side from Guardians because it just didn’t fit the vibe of the album,” Davidson says in a press release. “I’m happy that our fans can hear it now because it’s riffy and super fun to play on guitar. It’s the first ABR song that I’ve sang on, and for fans of my side project, Best Case Scenario, I think you’ll hear the influence sprinkled throughout this one.”

“Icarus” has all of the classic elements needed for a great August Burns Red song. Along with Luhrs’ signature vocals, the new single includes heavy drum breakdowns from Greiner and melodic guitar riffs from guitarists Brent Rambler and Brubaker. Together, all of these components help create a hard-hitting track that sits perfectly within August Burns Red’s strong discography.

“Icarus” is available to stream below.

Along with “Icarus,” the Guardians Sessions EP includes a slew of other songs listeners may already be familiar with. Back in December, August Burns Red released their popular version of System Of A Down’s 2001 classic “Chop Suey!,” which also features rare clean vocals from Davidson.

Read more: Meet Me @ The Altar celebrate women in new rock anthem “Hit Like A Girl”

Over the years, August Burns Red have kicked off their headlining sets by blasting the song before taking the stage, causing it to become an important staple within their fanbase.

“‘Chop Suey!’ grew in popularity in our camp when we began playing it during changeover during our shows,” Brubaker exclusively told Alternative Press. “Whenever we’d play a headline show, the last song played over the PA before we started our set was ‘Chop Suey!’”

“‘Standing In The Storm’ is a song about fighting for something important to you, and enduring the hardships that come with that fight,” Brubaker says in a press release. “We had a lot of fun with this track and I’m pumped on how it came out.”

Additionally, the Guardians Sessions EP also features their truly epic metal cover of the Westworld theme song which debuted earlier this month. Brubaker actually came up with the idea for the cover all the way back in 2018. However, it wasn’t until the COVID-19 pandemic hit that he decided to finish it.

“The soundtrack to Westworld has been a favorite of mine as long as the HBO series has existed,” Brubaker says in a press release. “I started working on a metal version of the main theme to the show back in 2018 but pushed it to the backburner as other projects took priority. When COVID sent us into lockdown, the first thing I did with my time at home was finish the Westworld cover. We recorded it in the summer of 2020 and I’m really proud of how it came out. I hope fans of the show will feel we did it justice!”

August Burns Red’s take on the Westworld theme song is available to hear below.

The Guardians Sessions EP officially arrives on digital streaming platforms and on 10-inch vinyl April 16 via Fearless Records. As well, the release also includes a special reprise of “Paramount.” 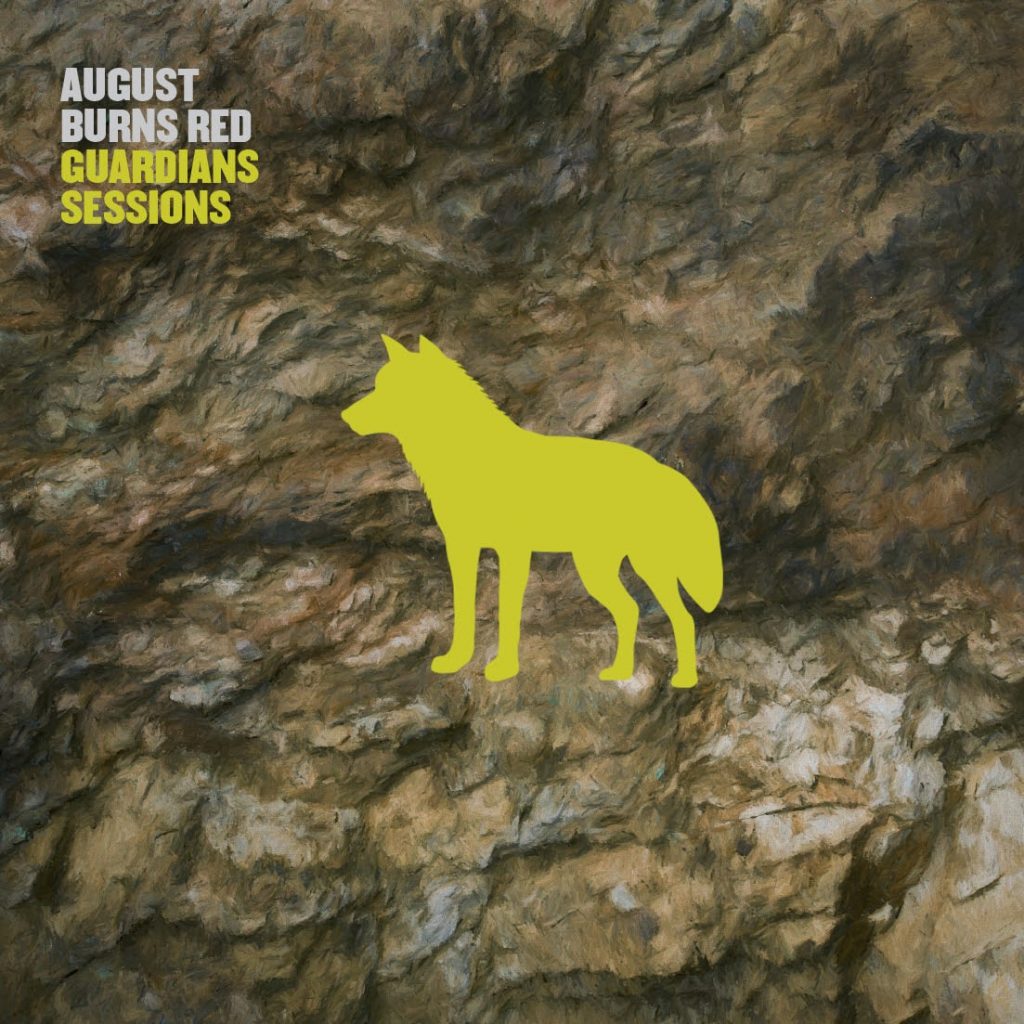 What are your reactions to August Burns Red’s new single “Icarus”? Which new song of theirs have you enjoyed the most? Let us know in the comments below.