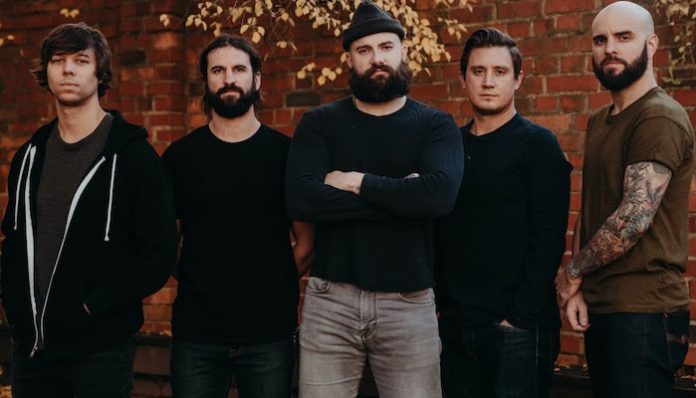 August Burns Red are starting 2021 off strong by bringing some brand new music to fans.

This week, they unveiled a powerful animated video for their new song “Standing In The Storm.”

Read more: Weezer have another new album on the way called ‘OK Human’

August Burns Red have been cranking out plenty of entertaining content over the past few months. Along with taking their annual Christmas show virtual amid the coronavirus pandemic, they’ve also released a few surprising covers.

Back in November, they took on the holiday classic “All I Want For Christmas Is You” by Mariah Carey. As well, more recently, they covered System of A Down‘s “Chop Suey!,” a song that holds particular significance in the August Burns Red fanbase.

Now, August Burns Red are starting the year off with some new original music. This week, they unleashed their powerful new song “Standing In The Storm.” As  JB Brubaker shares, this new track is all about surviving through the most difficult moments in life.

Read more: See how this Rage Against The Machine classic inspired a new doc on racism

“‘Standing in the Storm’ is a song about fighting for something important to you, and enduring the hardships that come with that fight,” Brubaker says. “We had a lot of fun with this track and I’m pumped on how it came out.”

The new track was recorded during their Guardians studio sessions. However, “Standing In The Storm” didn’t end up making the album’s final tracklisting.

“Standing In The Storm” is out NOW 🌪 Watch the video for this unreleased studio track from ‘Guardians’ right here: https://t.co/ZOOpx3FDR7 pic.twitter.com/f93gKiMba7

Accompanying the new track is a creative animated visual that many fans are already identifying with. Amidst war and turmoil, a couple can be seen exchanging their wedding vows in front of their loved ones. However, their special day ends in a way they most likely didn’t expect.

“Standing In The Storm” follows up their latest album Guardians, which was released last year. The album went on to debut at No.1 on the Billboard Hard Music Albums chart, the Rock Albums chart and the Vinyl Albums chart. Back in May, August Burns Red unveiled a mini-documentary that showed just how the COVID-19 crisis impacted Guardians and their tour with Killswitch Engage.

What are your reactions to August Burns Red’s new song? Let us know in the comments below.