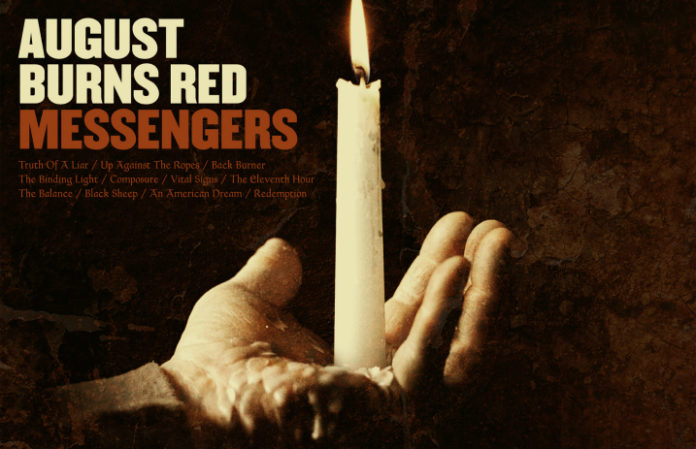 Nearly 10 years ago, August Burns Red revolutionized metalcore with their second release, Messengers. It was also the first album with the band’s current lineup, featuring the debut performances from vocalist Jake Luhrs and bassist Dustin Davidson.

Now 10 years later, “It’s been decided!” The Pennsylvania natives will set out in the beginning of 2017 on their decade anniversary tour in honor of the landmark album. The 2007 record features setlist staples such as “Backburner,” “The Truth Of A Liar” and, of course, the ferociously heavy crowd pleaser “Composure.”

August Burns Red will be joined by some heavy-hitting guests, including Protest The Hero, In Hearts Wake and ’68.

VIP tickets for the tour, which begins in January and runs through February, are on sale now here, and general admission will be available Friday!

Below, you can watch a hilariously well-done promotional video that the band made to announce the tour, as well as the complete list of tour dates.

Will you be attending a Messengers 10-year anniversary show? We sure will, so let us know which date you’ll be heading to. It’ll surely be a tour you can’t miss!

Watch More: If I Ruled The World: AUGUST BURNS RED