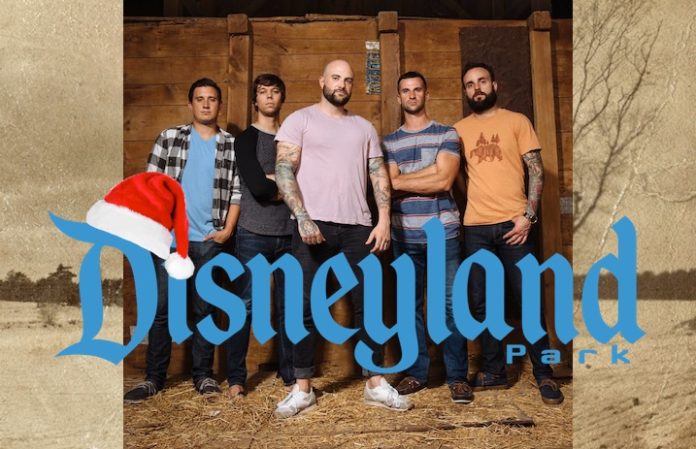 A Disney resort is reportedly rockin' August Burns Red's cover version of the holiday tune “Carol Of The Bells,” including a live marching band performance set to the metalcore rendition of the popular Christmas carol. Watch below!

Read more: 18 winter tours you should definitely check out

As August Burns Red themselves posted to Twitter on Thursday, a Disney resort is apparently “blasting [their] version of 'Carol Of The Bells' this season.” The proof is in the pudding: Watch one Twitter user's vid of the Disney marching band totally jamming out to ABR's Christmas cover at one of the Disney parks!

ABR's “Carol Of The Bells,” which first debuted on Tooth & Nail Records' X Christmas compilation in 2008, was included among the 13 Yuletide tracks on the band's Christmas album, August Burns Red Presents: Sleddin' Hill, A Holiday Album, released in 2012 by Solid State Records. The ABR Christmas LP was re-released in 2013 and 2014 with additional seasonal covers such as The Nutcracker's “Dance Of The Sugar Plum Fairy” and “Joy To The World.”

While the band tweeted that the Disney destination in question is Walt Disney World, a commenter points out that the “Carol Of The Bells” marching band showing seems to take place at Disneyland's California Adventure theme park. Either way, check out the rockin' run-through of ABR's Christmas song below!

We’ve heard rumors that @WaltDisneyWorld is blasting our version of Carol of the Bells this season. Now here’s some proof! https://t.co/gw1xP2nqgl