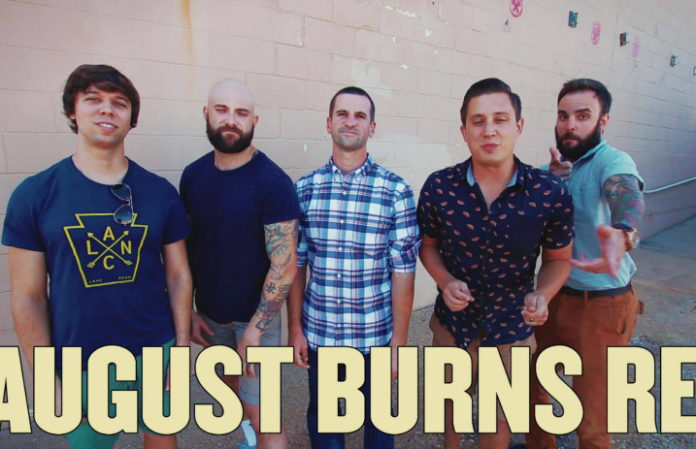 Sure they aren't an actual family but we're still rooting for August Burns Red to appear on Family Feud after this hilarious audition video they've made with the help of Jarrod Alonge.

This audition video starts off with the band introducing themselves along with explaining that just because they aren't related by blood, they're still a family. I mean, at the time of their recording, they were about to perform their 1,624 live show.

From there, the band moves on to a highlight reel of some their best “family moments,” including doing chores for each other on the tour bus, having a movie night and cuddling up to each other in bed. We also see that the shower on the August Burns Red tour bus is a communal shower.

But you can't just get on Family Feud for being an amazing family (which August Burns Red totally are), you have to show that you'll also be good at the game too. To prove that point, they practiced with the sample question “What is the name for a male's primary sex organ?”

August Burns Red absolutely kills it with answers such as “noodle dong” and “hubby chubby,” but we never found out what the number one answer was… Maybe a sequel is on the way?

Let's not forget that Anberlin singer Stephen Christian and Killswitch Engage guitarist Adam Dutkiewicz have both been on The Price is Right, so what's stopping August Burns Red being on Family Feud?

Check out the full audition video below and tell us what you think!