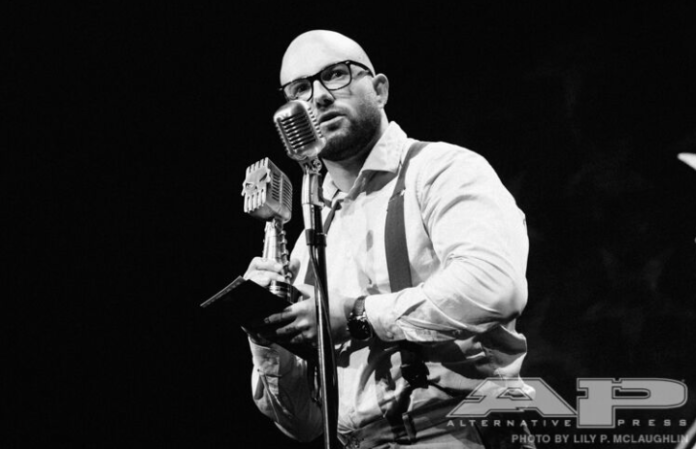 “This is pretty cool. I didn’t really expect this to happen… I really want to give thanks to my team at HeartSupport,” says Luhrs.

The central focus of HeartSupport—founded by Luhrs, who is the lead vocalist in August Burns Red—is the idea of encouragement through community. Music helps listeners through tough times in their lives—whether that’s struggles with drug abuse, sexual assault or broken homes—so the organization centers around an online hub where people can share their stories, find programs to help with their situation, and chat to a HeartSupport HopeCoach online or on the phone.

“There was one girl who was cutting herself and wanted to commit suicide who reached out,” Luhrs told us before the 2015 APMAs, when he was also nominated for the same award. “HeartSupport is for anybody, whatever you believe in, but she happened to be Christian. We’d talked and written back and forth, and we reached out to her youth pastor and told him about the things going on in her life. A year later, we met up with her and she told me the real reason she was cutting herself was because her dad had sex-trafficked her at a very young age. But the youth pastor and his wife ended up adopting her. Now she’s going to college to be a professional counselor and works with a non-profit in her city that helps fight against sex trafficking.”

“I wanted to make a change. I wanted to build a community for people to be able to come together and talk about those things,” he continues. “I also want to thank a lot of the bands that have come forth beside me with this. The real hero, and the ones who deserve this award, are those who use HeartSupport and encourage the person beside them.”