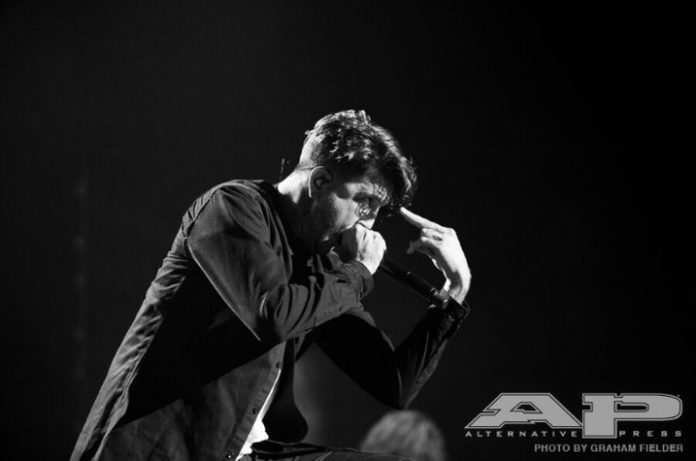 Austin Carlile has resurfaced after another health battle with his Marfan Syndrome to give a tearful speech about his struggles.

During his first public appearance since leaving Of Mice & Men, Carlile appeared before the audience with a walking cane.

Carlile told his story before the Marfan Foundation: “I used to sing in a rock & roll group called Of Mice & Men, like the book. I have Marfan Syndrome. About eight months ago I had to quit rock music because of Marfan Syndrome.”

“I got home from a tour one time. I couldn’t perform anymore,” Carlile says of being diagnosed. “I had three dural tears in my spine. My spinal fluid was leaking. I went to two or three different doctors and was turned away. I had a doctor call me a liar.”

Carlile recently underwent surgery in Costa Rica to treat cysts growing on his spine, then flew back to the States to continue treatment. We are wishing him the best in his recovery and continued health battles.