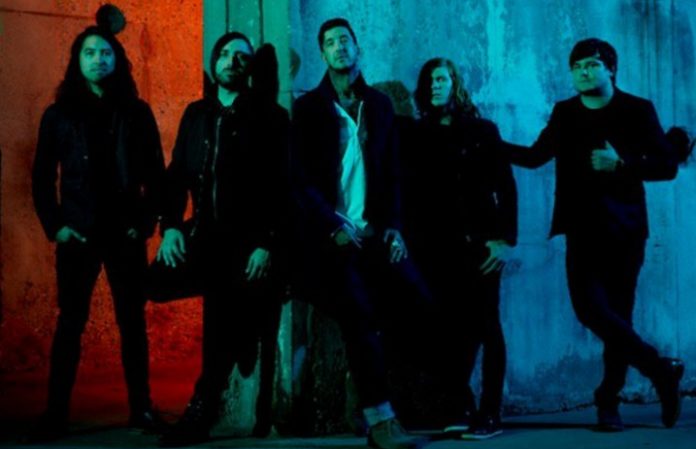 Of Mice & Men frontman Austin Carlile has announced his departure from the band. Aaron Pauley, Alan Ashby, Phil Manansala and Valentino Arteaga will continue as a four-piece.

“The band will now still continue on just the four of them, and I wish them the best of luck without me heading into 2017,” Carlile shared on Twitter. Read his statement in full below.

He also shared that he will continue to play music.

“I will be here in Costa Rica, where I have now moved, continuing to heal, rest, and write. I will not stop playing music, I am still able to sing and I’m hungry for what is next to come even though I have no idea what that may be.”

Carlile battles Marfan syndrome—a rare connective disorder. Back in October, the band canceled the remaining dates of their European tour because of the frontman’s health.

Carlile responded to the cancellation with a message regarding his health issues via Instagram:

“As most of you know I battle daily with a rare fibrostic connective tissue disorder called Marfan syndrome. Due to recent issues arising from this, we have cancelled the remainder of our European tour. It breaks my heart but the band & myself have decided it was unsafe for me to continue on in this state of health… Please do not worry for me, there are multiple things more important happening in the world right now. Besides, God has a plan, all of this is in His hands at the end of the day and I'm ready for whatever comes next. – AC”

Last month, the band announced that they would not be able to go out on their upcoming tour with A Day To Remember due to Carlile's ongoing recovery.

Carlile shared a heartbreaking message on Twitter: “Each day is a battle. Marfan Syndrome is a fibrostic connective tissue disorder, that means it affects your ENTIRE BODY… The rare good days?!… I CHERISH those more than you could ever understand… I wouldn't wish it upon anyone.”

FYI you don't “get better” w/ Marfans. You GET BY. I've had foot, ear, rib, head, hip, back, & heart surgeries just so I can function/live.

all of you saying I should hurry up & get better what's taking so long. I'll never be better. you happy? I live EACH DAY as it comes. each

day is a battle. Marfan Syndrome is a fibrostic connective tissue disorder, that means it affects your ENTIRE BODY, and IT. IS. PAINFUL.

I don't cry on Twitter on all the bad days. I suck it up & keep pushing on. The rare good days?!… I CHERISH those more than you could ever

understand. & I wouldn't wish it upon anyone. This is why I have such a heart for those hurting, mentally OR physically, because I. AM. TOO.

This message continued in the statement he made today (Dec. 30).

“I also never thought my fibrostic connective tissue disorder Marfan Syndrome would cause touring to be so hard and painful for me. I always thought the pain would get better one day, or that I would get better too. But this never happened, that day still has yet to come.”

In a recent Q&A on his Twitter, the frontman opened up about that battle like never before, explaining exactly why his band has had to cancel tours, the pain he endures daily and what he has learned. Read the full story here.

The group was founded by Carlile and Jaxin Hall in 2009 after Carlile's departure from Attack Attack!. Since 2009, the group has released four studio albums—Of Mice & Men, The Flood, Restoring Force and, most recently, Cold World.

Carlile explains that he is grateful for every opportunity he has been given up to this point, and that he will continue on with this new chapter. “I have decided to listen to my specialists, and God telling me it’s time to do something new. I have to do this for myself, my health, my body.”

Read Carlile’s statement in full below.

My heart is heavy… I never thought I would be writing this… Wanted to leave this announcement in the mess that is 2016… pic.twitter.com/T02QIt2hUp