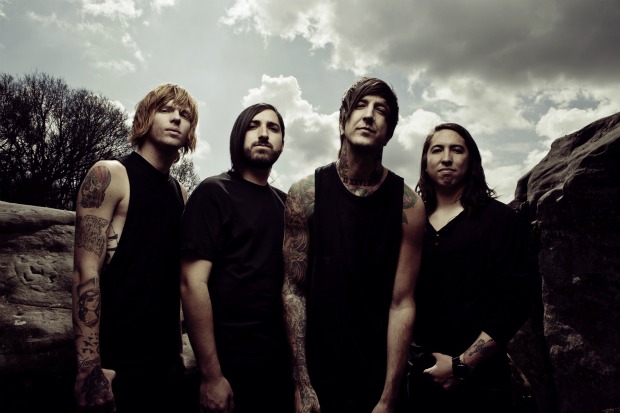 UPDATE: April 1, 2013 at 12:38 p.m. EDT
We have received a response from the band's management that they do not have a comment at this time, but will inform us when they do.

To address suspicion based on today's date: This is not a prank. We confirmed it with multiple sources and with the court report prior to posting.

ORIGINAL POST
AltPress can confirm Of Mice & Men vocalist Austin Carlile's Saturday morning arrest. According to reports, Carlile was arrested at 2:50 a.m. in Bowling Green, Ohio along with drum tech Lionel Robinson II. The two were taken into custody on charges of felonious assault following an alleged fight that left one man “with fractured nasal bones,” according to Sgt. Jason Stanley of the Bowling Green Police Division in The BG News story.

AltPress has reached out to Of Mice & Men's manager for clarification and will update as more information becomes available.

The band is scheduled to play at Peabody's in Cleveland with Chunk! No, Captain Chunk! tonight. Chunk!'s tour manager has confirmed to AP that he has received word that tonight's show–at present–is scheduled to go on as usual.