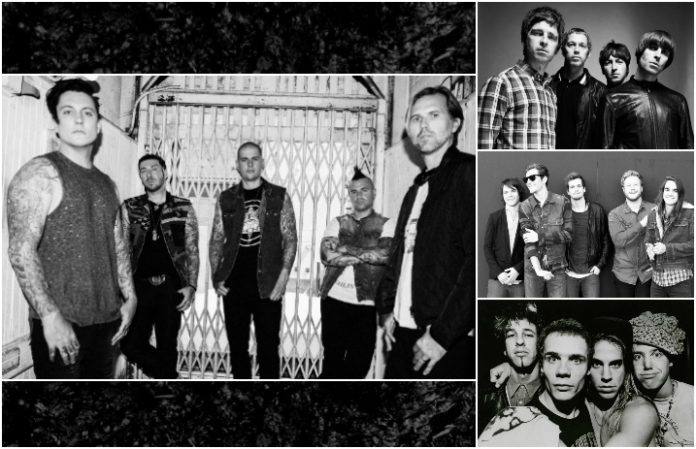 Avenged Sevenfold drop a new cover track, Oasis unleash a lyric vid for a vintage Morning Glory B-side, and the Maine answer 13 questions in 13 minutes. Check out some of the news you might have missed today below.

Read more: Neck Deep and Creeper announce tours and other news you might have missed today

Avenged Sevenfold are continuing their open-ended album journey behind recent release The Stage with another cover tune. This time around, the band launched a trippy clip for their take on Mr. Bungle's “Retrovertigo.” (Mr. Bungle was an experimental rock band fronted by Faith No More's Mike Patton.)

Read more: 18 rock-star dads with their most prized possessions: their kids

Oasis, although they haven't been a band since 2009, are keeping the Britpop nostalgia strong with a new lyric video for the their classic (What's The Story) Morning Glory? B-side “Talk Tonight.” Looking forward, however, singer Liam Gallagher releases his debut solo album, As You Were, on October 6. (via NME)

Read more: Worship And Tribute: 12 Songs With Lyrics From Other Songs

The Maine answer 13 questions in 13 minutes

The Maine star in a new Bandwagon TV clip in which they—you guessed it—answer 13 questions in 13 minutes. The band, as described, “answer some burning questions with a few rounds of spicy Singaporean food. It gets hot.”

In tribute to the band's late guitarist, Hillel Slovak, the Red Hot Chili Peppers jammed out with former RHCP drummer Jack Irons (also formerly of Pearl Jam) during their show on Sunday, June 25, in Grand Rapids, Michigan. (via NME)

Read more: Listen to Red Hot Chili Peppers' “Give It Away” sung in 20 different styles

Swordfish hit the road with Equipment this summer

Ypsilanti, Michigan-based emo/punk emissaries Swordfish are taking it to the streets this summer with Toledo, Ohio, indie-rockers Equipment. Don't miss out on these gigs—peep the complete dates below (and tell 'em AP sent ya, boyyy).