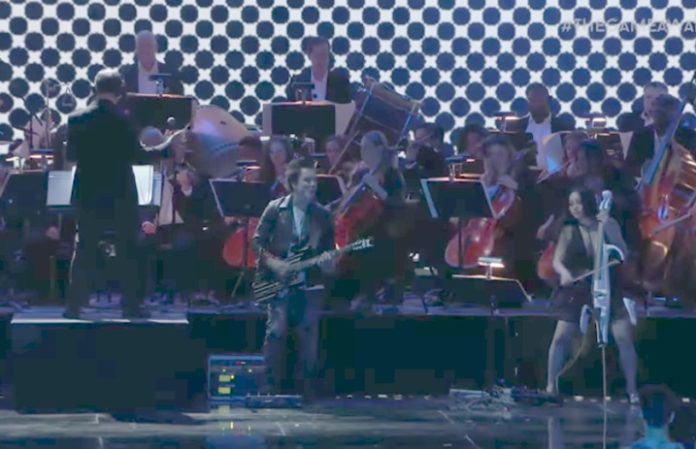 Avenged Sevenfold guitarist Synyster Gates performed a medley of video game music with a full orchestra at the Game Awards 2017. Check out the video below.

The Game Awards took place on Dec. 7 at the Microsoft Theater in Los Angeles, California. Gates can be seen playing alongside cellist Tina Guo during the show's opening.

The performance consisted of musical clips from select nominated games during the evening. The 12-song medley included The Legend of Zelda's “Main Theme,” The Elder Scrolls V: Skyrim's “Dragonborn (Dovahkin)” and Super Mario World's “OverWorld Theme,” plus many more. You can see the full tracklist below.