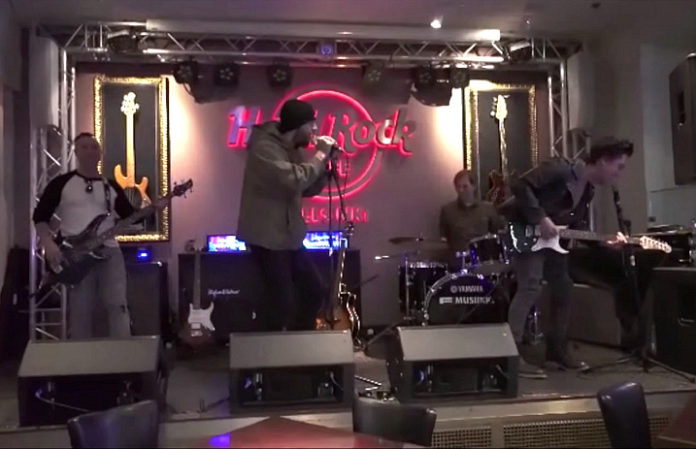 At a recent tour stop in Helsinki, Finland, Avenged Sevenfold took a pit stop at a Hard Rock Café, grabbed some instruments and gave an impromptu performance of “Nightmare.”

Check out the epic performance below!

There’s something about seeing the band a few drinks in on a tiny stage rocking to one of their biggest hits in front of a crowd of a handful of people that we just can’t get enough of.

Check out the video here, and fast forward to 1:17 to see the performance:

Avenged Sevenfold announced yesterday that they will be hosting some special headlining shows with A Day To Remember and Volbeat, in between the band’s stadium tour with Metallica.

In December of last year, frontman M. Shadows revealed that Avenged Sevenfold would be taking the name of their new album, The Stage, to the next level at upcoming shows—partnering with theatrics giant Cirque du Soleil for the production. Here's a peek at the full stage production.

Check out the band’s full tour itinerary below!

And speaking of “Nightmare,” back in January one lucky fan got the opportunity of a lifetime when he was invited on stage to perform the song with the band when bassist Johnny Christ's illness was keeping him from singing the backup vocals. Check out the epic performance here.

What are your thoughts on Avenged Sevenfold's Hard Rock performance? Let us know in the comments below!