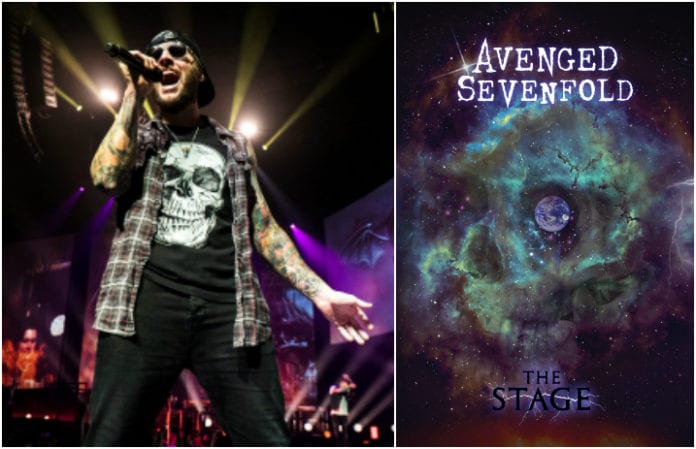 It looks like Avenged Sevenfold vocalist M. Shadows may be regretting the band's decision to surprise release The Stage.

A7X surprise released The Stage, their seventh studio album, back in October. The unexpected drop followed just a few weeks of cryptic promotion. Now, Shadows says it possibly wasn't “the greatest plan in the world.”

The frontman spoke to Full Metal Jackie on the 95.5 KLOS Whiplash show, where he says the band's surprise release decision was partially shaped by the music industry's changing landscape. (via Blabbermouth)

“We're just trying to figure out new ways to get music to people, to excite the fanbase. Also, people have shorter attention spans now with the way information comes and goes so quickly on the internet. We're just trying to figure out the puzzle. And one thing that we really didn't wanna do was be months out [from the album release] and just keep releasing singles and really just getting on people's nerves with all the promotion. So this was just another way to do it. I don't know if it was the greatest plan in the world, but I know it was a plan, and it was different, and it was exciting to us.”

Shadows also says the surprise release may have left some outlets in the dust, with certain radio stations seemingly unaware that the album was already out.

“I just talked to a few radio stations today and there's radio DJs that got [the] 'God Damn' [single] for the first time, and they're, like, 'Yeah, so the new record's coming out, huh?' And I go, 'No. The record came out four months ago.' And they're like, 'Really? Why are we just getting a single now?' So there's a lot of explaining to do, I guess.”

Were you stoked when A7X surprise released The Stage? Let us know in the comments.

Avenged Sevenfold are touring with Metallica this summer—check out the cities and dates below.