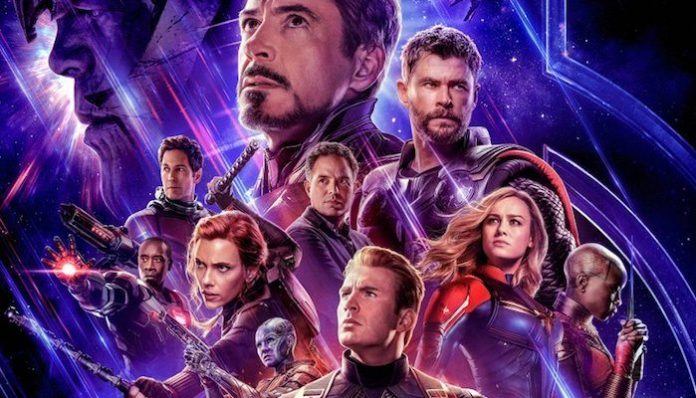 Avengers: Endgame had a lot of character deaths throughout the film and a lot of what if scenarios tossed around after its release, but a new piece of concept art is revealing a version of the film that would have killed off a key character.

Schirle has worked on concept art for a variety of Marvel movies including Avengers: End Game, Avengers: Infinity War, Captain Marvel, and Ant-Man and the Wasp.

The eye-patch bearing character, played by Samuel L. Jackson, has been a piece of the Marvel Cinematic Universe since the beginning, making his debut in Iron Man.

You can see the post showing Nick Fury’s death below.

Fury only briefly appeared in Endgame arriving at the end of the movie during Tony Stark’s funeral. His death could have introduced problems with the timeline for Spiderman: Far From Home though as noted by ComicBook.com.

The movie is the highest-grossing film of all time after surpassing Avatar for the number one spot.

Avatar previously held the record with $2.787 billion, while Endgame‘s re-release pushed it closer and closer to the record. It eventually did beat Avatar‘s record sparking director James Cameron to give his props to the Marvel team.

He sent a note to Marvel to congratulate them for the accomplishment, and started with a Na’vi saying: “Oel Ngati Kameie” which means, “I see you.”

“Congratulations to Avengers: Endgame on becoming the new box-office king,” the note continued.

Disney chairman Alan Horn said in a statement to Deadline, “A huge congratulations to the Marvel Studios and Walt Disney Studios teams, and thank you to the fans around the world who lifted Avengers: Endgame to these historic heights.”

Although the film was a smash hit, it wasn’t without its errors. Just a few days ago, VFX Supervisor Matt Aitken from Weta Digital showed a technical error that made its way into the film.

In a rather important scene with the main antagonist Thanos, there is a brief moment where his fingers clip through his glove. The team simply didn’t notice it and it went to theaters with the error in the film.

The video discusses good and bad CGI, and when asked about the Thanos error, Aitken spills the beans.

“Yeah. I wish we caught it at the time, Aitken says. “It just goes to show there’s always a little bit more that you could do. But yeah, we were doing a lot of work on the armor. You don’t want to constrain what [Thanos actor] Josh [Brolin] was doing on set, you want him to be able to perform and you just have to make the armor work to that. So there’s a lot of sleight of hand going on, bending of things that should be rigid.”

How do you think Avengers: Endgame could have been different with Nick Fury dying? Let us know your thoughts in the comments below.