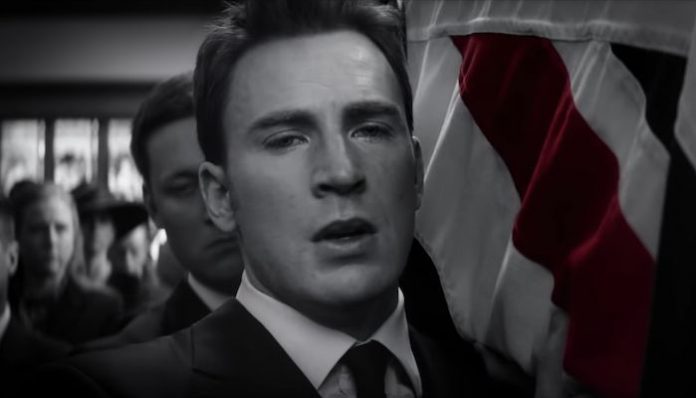 We’re exactly one month away from the release of Avengers: Endgame, and the anticipation is growing steadily.

The film is supposed to tie all of the different storylines together. While we’ll have to wait for most of our lingering questions to be answered, it seems like the most recent poster reveal from the film can give us a couple of insights.

In the poster release for the upcoming film, the heroes each got their own individual print. The Avengers who are still alive are pictured in color, while the ones who are no longer living are in gray. All of them feature the words “Avenge the fallen” with the Avengers logo.

Stars such as Robert Downey Jr. (Iron Man) and Tom Hiddleston (Loki) have taken to Twitter to share their respective print with the caption “1 month #AvengersEndgame.”

The reveal also provides evidence of the return of Valkyrie, last seen in Thor: Ragnarok.

The best news I received today is proof that Valkyrie is going to be bringing a #ThanonsSlap in #AvengersEndgame . #GOAT @TessaThompson_x pic.twitter.com/nX4KaU9LzY

There’s one heroine who many have been wondering about: Shuri. It was never revealed in the film if she had survived. Unfortunately, it looks as though she didn’t make it, as her image is cast in black and white.

There’s still the question as to how she died, whether in battle or from the snap.

It can also be noted that exactly half of the heroes are living and half are gone, making us remember certain words spoken by Thanos: “Perfectly balanced, as all things should be.”

You can take a look at all the posters in the tweet below.

Perfectly balanced… All 32 of the #AvengersEndgame official character posters: pic.twitter.com/WvEKoYdoKu

Yesterday, it was reported that the official AMC Theatres website listed the Avengers: Endgame film’s runtime at 3 hours, 2 minutes.

This news falls in line with what co-director Joe Russo previously revealed during an Instagram chat.

“The running time on Avengers 4 is currently sitting right at three hours,” he says. “We’ll see if that holds.”

If this runtime holds true, it will make Avengers: Endgame the longest-running Marvel film, right behind Avengers: Infinity War which held up at 2 hours, 40 minutes.

What do you think of the new Avengers: Endgame posters? Sound off in the comments below!