The man who currently owns two prime Avengers: Endgame URLs is holding them ransom in hopes to secure tickets to the world premiere next year.

The owner known only as @AGuyInChair, currently holds the rights to both www.AvengersEndgame.com and www.AvengersEndgameMovie.com. Surprisingly, both domains were registered back in April, on the opening day of Avengers: Infinity War.

Read more: Black Panther singing “Thank U, Next” is the ‘Avengers’-themed parody we all needed

“I am proud to say that I bought them both before anyone on the internet theorized that Endgame was the title,” the man told The Wrap. “[Since then] I’ve just been hanging back, waiting for the title release to confirm it. When I saw the trailer, this morning I got goosebumps.”

@AGuyInChair has no intention of keeping the URLs, instead hoping to trade them for Endgame premiere tickets. He originally had the domains redirecting to this blog post, that outright asked Disney reps for premiere access.

I own https://t.co/sQcc4R3sCq and https://t.co/spo7Bift9L. But I don’t want them. I want to trade them for tickets to the #AvengersEndgame premiere in LA. A guy can dream, can’t he?

“I really am just a dude, who played a hunch, mainly because my wife wants to meet Thor,” @AGuyInChair said.

After getting no response from Disney, he said he “offered it to Reynolds on Twitter,” and now, just “for the lulz,” he hilariously has Deadpool trolling both URLs at the moment.

When you visit both of URLs, the sites reroute you to 20th Century Fox’s Deadpool movie page, currently promoting PG-13 re-release Once Upon a Deadpool.

@AGuyInChair says he plans to redirect the URLs to the DC Extended Universe’s Shazam website if he remains ticket-less.

Who knows, maybe Marvel and Disney decide to respond to his demands!

Avengers: Endgame opens April 26, 2019 and you can check out the trailer below!

Do you think @AGuyInChair will get his tickets? Sound off in the comments! 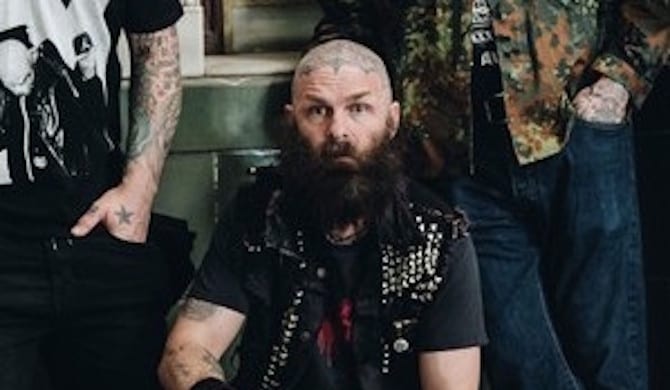