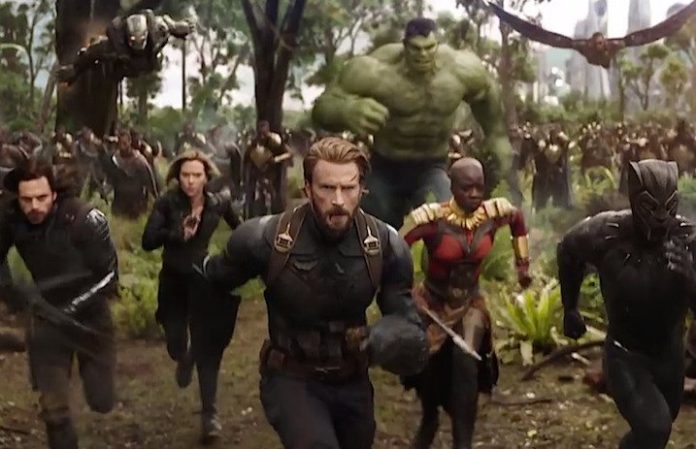 Fans of the Marvel Universe are beyond ready for the newest superhero film to grace the big screens, and it's showing in ticket sales. In just a few short days, Avengers: Infinity War broke records in advanced ticket sales.

The highly anticipated Avengers flick will be hitting theaters April 27, and while that might seem like a long time from now, that hasn't stopped Marvel fans from purchasing their tickets for the upcoming film. In a report by ComicBook.com, tickets for the movie went on sale a mere 72 hours ago, and in that small amount of time, the movie has managed to surpass all of Marvel's previous films in box office records.

According to Businesswire.com, the tickets that fans are most excited about getting are for screenings in premium formats: Dolby Cinema at AMC, IMAX at AMC and PRIME at AMC.

“The incredible advance ticket sales success we’re seeing with Avengers: Infinity War is another example of consumers giving evidence that they will come out to movie theatres in huge numbers when Hollywood makes movies they want to see,” Adam Aron, CEO and President of AMC told BusinessWire. “Just like we saw with Black Panther, Jumanji, The Greatest Showman, and so many others, movie fans are buying their tickets in advance, they’re buying in premium formats, they’re buying to reserve their seats, and they’re doing so in massive, record-breaking numbers.”

While it's a massive success for AMC Theatres, it's also another huge success for Marvel. The ticket sales for the movie has more than tripled the advanced tickets sales to Marvel's other smash hit, Black Panther, which previously held the record as most anticipated superhero film.

Here's how the ticket sales break down (via Businesswire.com)

It's really no surprise that Infinity War is having so much success in the box office. According to Comic Book Movie, the film will be Marvel's first two-part film that will better introduce the newest villian—Thanos (Josh Brolin). To combat the devastation that he will surely bring, directors Joe and Anthony Russo shared a cast of 67 characters who will be making their appearance.

As if that wasn't enough, thanks to a teaser that happened during the Super Bowl, we know members of Guardians Of The Galaxy will be making an appearance with teamwork playing a key role in the film—like Thor teaming up with Rocket Raccoon and Groot in space.

Check out the trailer for Avengers: Infinity War below!