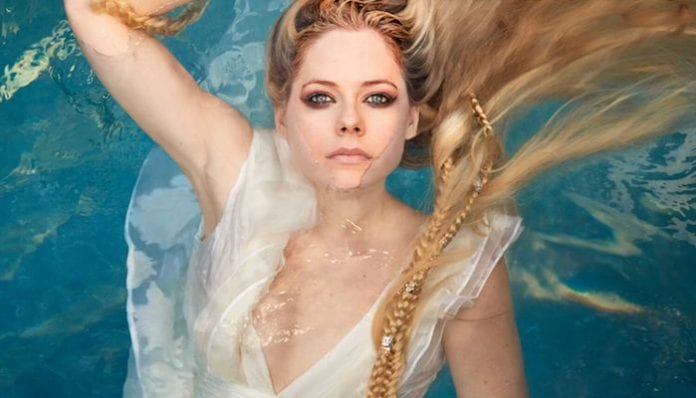 Avril Lavigne released “Head Above Water,” her first track since her last official self-titled album five years ago. The song comes after Lavigne posted a heartfelt letter to her fans on social media last week.

In the letter to her fans, Avril Lavigne described writing “Head Above Water” as one of her scariest moments. Fans can read the full letter on her website.

“Thank you for waiting so patiently as I fought through and still continue to fight, the battle of my lifetime,” Lavigne says. “The first song I am choosing to release is called ‘Head Above Water.’ It is also the first song I wrote from my bed during one of the scariest moments of my life.”

Released by BMG, “Head Above Water” details Lavigne’s battle with Lyme disease. While being known for her pop-rock bops such as “Sk8er Boy” and “Girlfriend,” Lavigne took a softer tone on the piano and string-instrument ballad recounting her experience with the disease.

“One night, I thought I was dying, and I had accepted that I was going to die. My mom laid in bed and held me. I felt like I was drowning,” Lavigne reveals. “Under my breath, I prayed ‘God, please help to keep my head above water.’ In that moment, the song writing of this album began.”

Lavigne describes that moment as being “a very spiritual experience” that started the songwriting process and eventually led to her co-writing “Head Above Water” with We The Kings’ Travis Clark.

Lavigne released a non-album single in 2015 titled “Fly” for the Special Olympics. Her last album was self-titled and released in 2013. Check out Lavigne’s new song below.