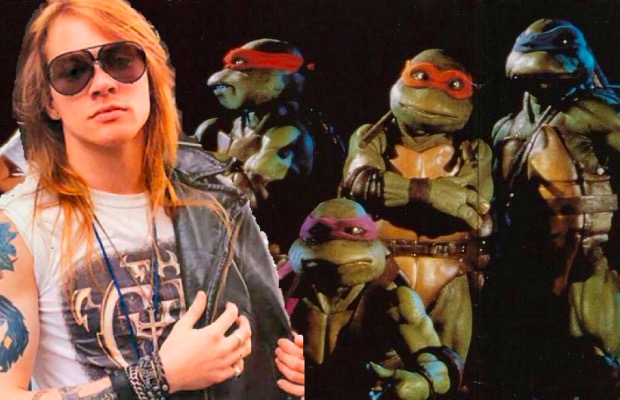 Have you ever wondered why it seems as though forever passes before some headliner bands take the stage? Well, that hype concept originated with people like Guns N’ Roses frontman Axl Rose, who is known for making fans wait hours before starting a show.

According to a new report from Alternative Nation, a venue owner was getting irritated on how late Rose was to a gig in Tampa, Florida on December 28, 1991. The reason for his tardiness? He was watching Teenage Mutant Ninja Turtles II: The Secret Of The Ooze.

Read more: 10 reasons the Teenage Mutant Ninja Turtles are more pop-punk than you

“The DJ was an assistant to the owner of the venue, and needless to say the owner was getting pissed. When the owner asked why Axl was being late for the thousandth time, he said: ‘Axl’s management said he was watching Teenage Mutant Ninja Turtles II: The Secret Of The Ooze, and that Axl’s attention was 100% on the movie and couldn’t be bothered.”

Makes you wonder what really goes on backstage before a show, doesn’t it?