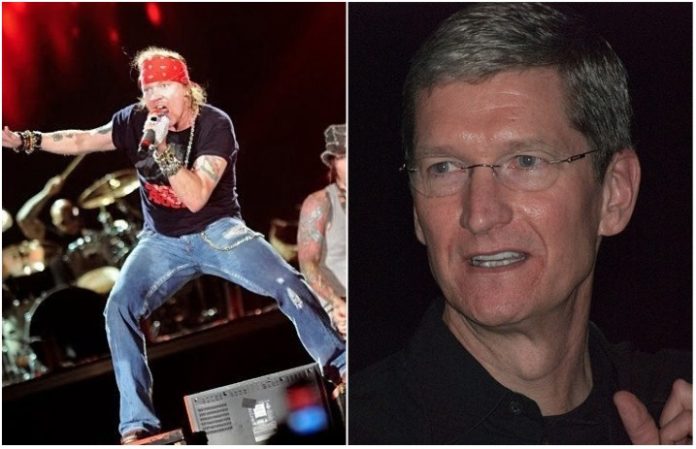 Guns N' Roses lead vocalist Axl Rose has an opinion to share with you: He thinks Apple CEO Tim Cook is the “Donald Trump of the music industry,” according to a tweet the rock 'n' roll frontman reeled off Wednesday night.

Tim Cook is the Donald Trump of the music industry.

Not that Rose is any stranger to airing his opinions online. The musician—who recently moonlighted as AC/DC's lead man in addition to his reunion duties with GNR—called out current Attorney General Jeff Sessions back when Donald Trump had just been elected president, as reported by Variety.

Welcome to the jungle. It gets worse here every day!

Watch more: Slash of Guns N' Roses at the APMAs