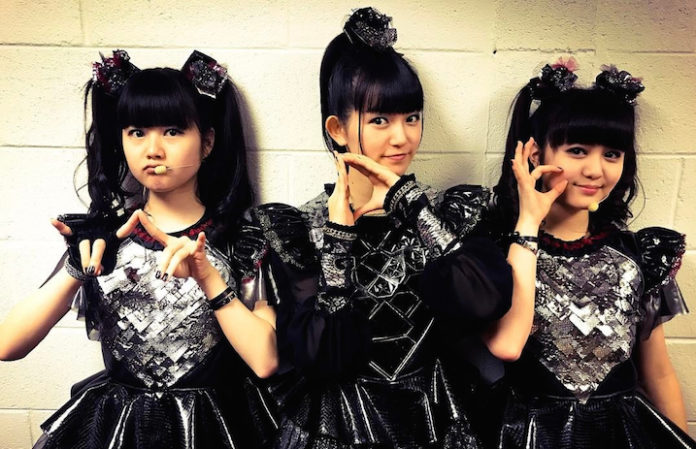 BABYMETAL have announced a new graphic novel, APOCRYPHA: THE LEGEND OF BABYMETAL.

Read the synopsis below:

Discover the myth of the worldwide music sensation BABYMETAL. Tasked with defeating the forces of darkness and division, the metal spirits must travel through a variety of eras of time, assuming different forms and identities. What we are seeing is not the BABYMETAL of the present. It's the original story based on BABYMETAL you've never heard before. The long-hidden metal spirit’s apocrypha of the METAL RESISTANCE will emerge.

“Light and darkness. Both are considered to be opposites, but at the same time, one cannot exist without the other. Metal resistance was the same way,” the video explains.

“Until now, we've only experiened the light side, the legend of three metal spirits. An unknown dark side also exists, a legend of seven metal spirits: The Chosen Seven. A new era is about to begin.”

Um, a new era? We're not sure what that means, but we're excitedly waiting to find out.

See the tease for yourself in the video below:

The band recently announced world tour dates, hitting select markets in the U.S. leading up to their appearance at Rock On The Range. Select European dates—including a handful of festival appearances—will follow in June.