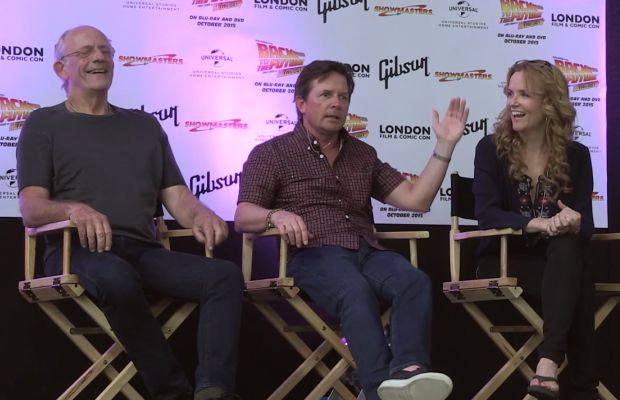 On July 3, 1985, one of the greatest sci-fi films of all time was released. Back To The Future was a phenomenon and went on to become one of the most beloved and widely celebrated films (and franchises) of all time. Recently, at London Film & Comic-Con, the film's stars, Michael J. Fox, Lea Thompson and Christopher Lloyd, took the stage for a panel to discuss and celebrate the film. You can watch the video below of the cast taking questions from the audience and reminiscing on old times while making the film (via Hey U Guys).

In more 30th anniversary news, the entire Back To The Future trilogy will be heading back to theaters for a one-night-only event on October 21, which just so happens to be the future date Marty McFly and Doc Brown land in in Back To The Future Part II. Furthermore, the entire film trilogy and animated series from 1991 will be released in a brand new box set on October 20. The extensive set will be housed in a flux capacitor packaging. More details on that can be found here.