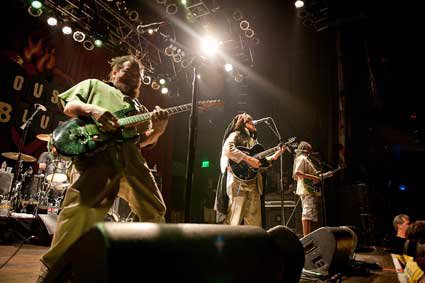 Five years out from their previous release, Build a Nation, the classic Bad Brains lineup–comprised of vocalist H.R., guitarist Dr. Know, bassist Darryl Jenifer and drummer Earl Hudson–will be releasing a new album titled Into The Future, which is due out November 20. The self-produced record was described by bassist Daryl Jennifer as “The purest Bad Brains recordings since the ROIR cassette.”

The title track can be streamed at RollingStone now.