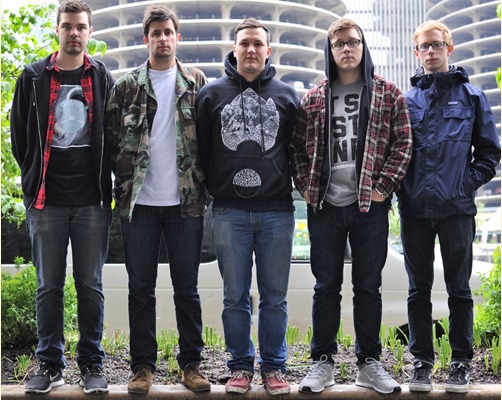 Balance And Composure are currently streaming “Tiny Raindrop”, the second song off their new album The Things We Think We're Missing.

Listen to “Tiny Raindrop” over at spin.com.

Check out what vocalist Jon Simmons had to say about the inspiration behind “Tiny Raindrop” below.

“Tiny Raindrop is about wanting someone. It's a vision of being with someone you are infatuated with but eventually letting them down. You know when you're driving on a really nice day and everything is great and then you see that first raindrop on your windshield and it instantly ruins your day because you know what's coming? That's me in a relationship.  The line “I'll be your tiny raindrop” is me giving a warning that while everything is great at first, I will be the first to ruin things. I don't like this about myself but I felt I needed to be honest and say that. The song does have a positive outlook though. I want to be in love and stay in it so badly but this song is me battling with that.”

The band released their first single, “Reflection”, a couple weeks back. Check it out here.

AP also recently had the pleasure to talk with the band and producer Will Yip about the new album in an exclusive album teaser. Check out what the guys had to say about the album here.

The Things We Think We're Missing will be out September 10 via No Sleep Records. Preorders and more info can be found over at balanceandcomposure.com.