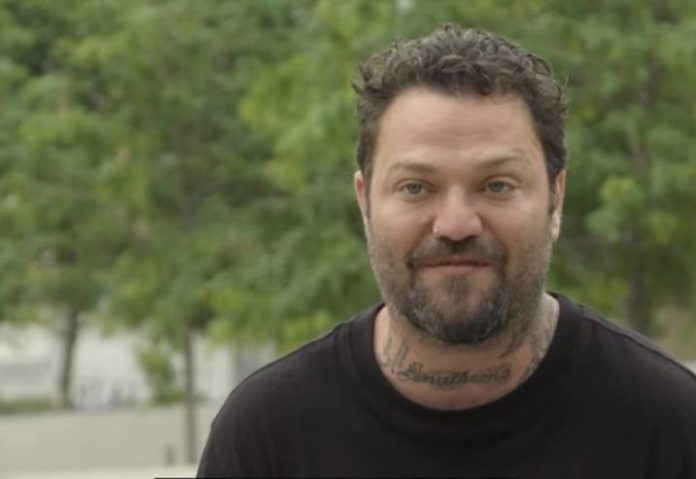 Jackass star Bam Margera and his family open up in a new episode of Epicly Later'd from Viceland, discussing everything from his drug and alcohol abuse to his past struggle with bulimia.

Read what his mother has to say on the matter, and how she thinks Bam's admiration of HIM's Ville Valo may be to blame.

Bam Margera found his life falling apart after the death of his fellow Jackass star Ryan Dunn in 2011. According to his friends, Bam fell into alcoholism while his mother, April Margera, revealed his battle with Bulimia during the highest point of his career.

“He always wanted to have this very slim, slim look and a lot of it kind of happened when he became good friends with Ville Valo,” April says. “[Ville] is the loveliest man ever, but he never ate, he just drank. I think Bam started sipping on a beer or sipping on a something because he liked the way he looked.”

April also goes on to say, “We would go out to dinner and then he would immediately excuse himself and go to the bathroom. I said, ‘Are you throwing up?’ He says, ‘Yeah, yeah, sometimes I throw up and that way I’m not gonna get fat.’ It really hurts me when people make comments like, ‘You look like you gained some weight there. Hey, wow, Bam… you’re looking like your dad.’ I don’t respond, but I feel like saying, ‘He was drinking alcohol and he was bulimic and that’s why he was thin.’”

While Bam does seem to be on the upswing, his father Phil admits that he's still struggling with alcoholism. His regained focus on skateboarding has steered his focus away from the substance abuse.

The episode also goes on to reveal Bam's new wife Nikki Boyd is pregnant, with the couple expecting a baby in December.

You can catch the full episode of Epicly Later'd below.