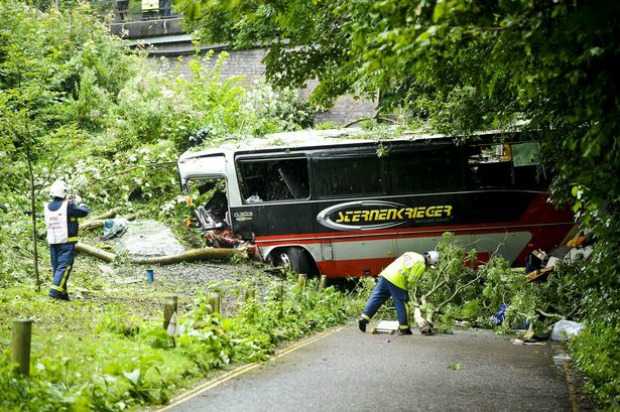 Baroness were recently involved in a tour bus crash on Wednesday morning near Bath, England. Earlier today, a statement was released on Baroness' official Facebook page regarding the conditions of the injured band and crew members. Check out the statement below:

“The band members of Baroness and their crew are recovering from injuries sustained after their tour bus crashed outside of Bath, England early on Wednesday morning.

John Baizley has broken his left arm and left leg. Allen Blickle and Matt Maggioni each suffered fractured vertebrae. All three remain in the hospital as of this writing. Pete Adams has been treated and released from the hospital.

Three of the five crew members who were on the bus have also been treated and released. One member is still undergoing testing. The driver of the bus remains in critical condition.

Please stay tuned for further updates. Thank you for all the support during this extremely difficult time.”