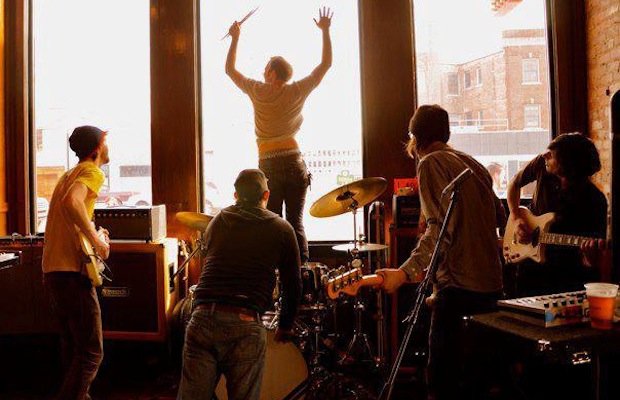 Bars of Gold have announced they will be releasing a new album, Wheels, on October 28 via Belly Ache Records.

The band features frontman Marc Paffi and drummer Brandon Moss, formerly of Bear vs. Shark, a post-hardcore band who was signed to Equal Vision in the early 2000s.

AP snagged a reveal from BVS’ John Gaviglio on the topic of the band’s breakup in the April 2006 issue.

Bars of Gold are currently streaming “Coffee with Pele” from Wheels on Noisey, and you can check it out below.