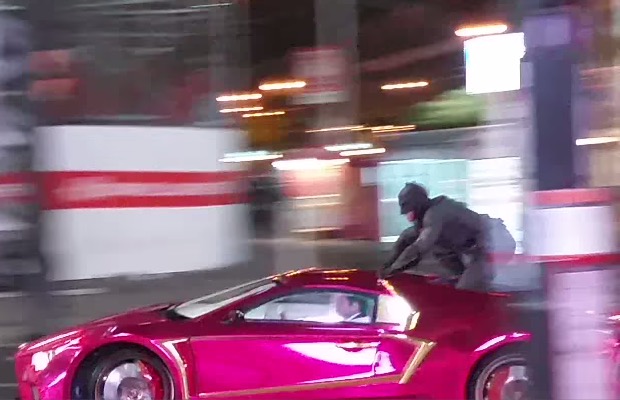 Honestly, you had to have known this was coming.

Last night, admist a sea of rumors and allegations, Batman was officially spotted on the set of David Ayer's Suicide Squad for the first time (via Huffington Post). What's even better? He was in action. You can check out a few videos from shocked bystanders below.

Obviously, not many details of the film have been revealed yet. We do know for a fact, however, that 30 Seconds To Mars frontman Jared Leto will be playing the Joker. In March, we were given a vague glimpse at the villain, and near the end of April we were given our first full look.

So, what do you think? The hype is definitely real, but will Suicide Squad rise up to it?