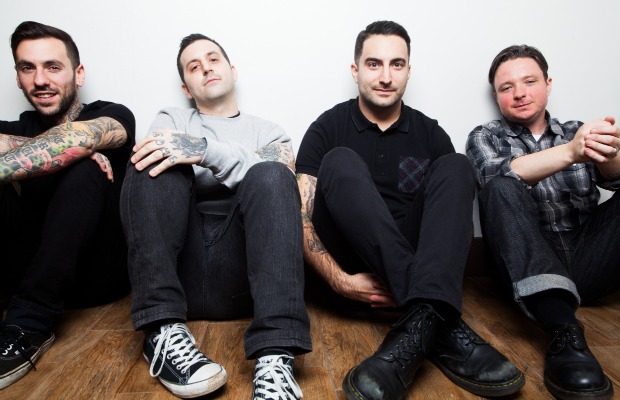 Earlier this week, Bayside released a new single, titled “Dancing Like An Idiot,” in which they called out “bullsh*t” bands within our scene. As you can imagine, this stirred up a little bit of controversy. Frontman Anthony Raneri has posted a lengthy message on his blog, responding to the criticism of the track.

Read more: Bring Me The Horizon respond to fan criticism of “Don’t Look Down”

The response “Dancing Like An Idiot” sparked contained everything from wholehearted praise to utter disapproval, the latter coming mainly due to some believing the song itself is a contradiction to what the band are preaching against.

Here are some comments from those weighing in on the track's controversy:

“Bands sh*tting on each other is such a drag. Every band has a purpose, get off your high horse and let everybody do their thing however they want.”

“So essentially Bayside have just turned into crabby old men who think their generation of music was better. They've hit the “Back in my day…” point.”

“Needed a little more 'These bands are sexist, racist, homophobic, and encouraging violence and intolerance in their fans,' and a little less 'Young people with their hippin' and a hoppin' and a bippin' and a boppin' don't know what the jazz is all about.'”

Read all of what Raneri had to say below and leave us a comment with your thoughts!

Yesterday, we debuted a new song that we wrote called “Dancing Like an Idiot”. I want to clear a few things up.

Let me first be clear that I’m not intending to backtrack or soften any criticism. We meant what we said in the song and it came out as we intended and we’re proud of it and its message. Dialogues are great and important. I said what I wanted in the song, a lot of people had responses, and now I want to continue the discussion and anyone is free to respond to this should they feel so inclined.

The song is not about good bands or bad bands. We all have bands that we like and don’t like. We may be one you don’t like. It’s all open to your tastes and opinions and that’s a great thing. It also isn’t about the Warped Tour. The Warped Tour is an institution that we are proud to have been aligning with for over a decade. The reason Warped Tour comes up when I talk about the song is because it is the setting for the story. It is where you can see and experience a lot of new things and you may not like it all. It also is very purposefully not about “kids these days”. I wrote the song from a perspective of being tired of hearing about “kids these days”. The song is about the people responsible for being a bad influence on “kids these days”. I’ve walked around Warped Tour and heard sexist and homophobic slurs come from the stage. I’ve heard front men implore girls to take their tops off. I’ve heard not giving a fuck championed and encouraged. I do give a fuck and I want kids to give a fuck about what they do and say and become. I want to challenge people to be better and I don’t know if I am doing that but I can be proud to say that I take my responsibility seriously and try everyday to at least not make it worse.

Which brings me to a really interesting point. I have seen some interesting and poignant comments about past Bayside lyrics being violent and misogynistic. I’m not going to deny it. I have always written songs from the top of my head. I write journals and then I turn them into lyrics. Literally. I wrote some songs when I was younger in which I was venting and at the time, it was a cathartic experience to get the crazy thoughts out. A lot of people do this in their heads and in private journals and my journals have been published. I think it goes without saying that I never intended to encourage anyone to put their ex lover’s head on a stick, but the misogynistic undertones aren’t lost on me looking back 10-12 years later. I am obviously a smarter, more mature and most importantly, more stable person these days. If you have listened to Bayside since the beginning, you have watched me grow up. I’m not looking to gain favor from anyone who felt like I was a hypocrite. I read some people say it and thought they had a good point and that if I was going to call out anyone else, then I owe everyone full disclosure. I knew that I had become better and more responsible in my life and my lyrics and I suppose I assumed that people would just know and I understand how they wouldn’t.

Selling fake and misguided rebellion is not only cheap, but dangerous. I’m not saying that I’m selling real rebellion or any, for that matter. I’m not the best role model, singer, songwriter or example that ever lived. But I try my best and in 15 years, I’ve never tried to sell a lie to anyone to sell an extra t shirt. I’m not a rebel. I’m not a punk. I just say what I’m feeling and I do my best to not hurt anyone in the process.

And yes, I know. Breathe.