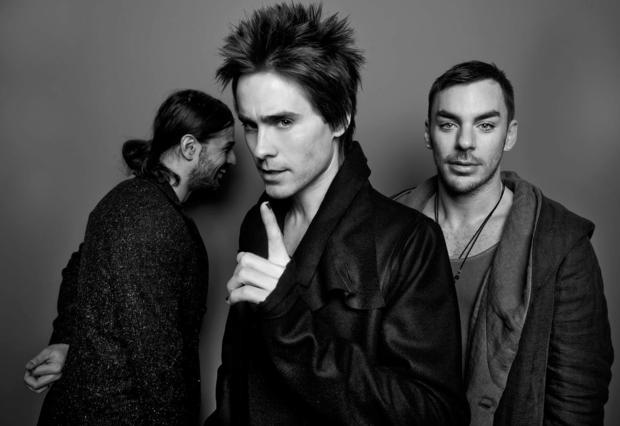 Thirty Seconds To Mars are asking fans to get tattooed for their upcoming lyric video. They ask that fans get lyrics from the song “Do Or Die” from Love, Lust, Faith + Dreams inked and send them HQ footage of before, during and after the process.

Oh, and by the way, you have less than a week to do it. The deadline is July 29.

Check out the specific guidelines posted on the band's website:

“Get the lyrics of DO OR DIE tattooed and be featured in the Official Lyric Video — ALL SUBMISSIONS must follow these guidelines:

• Filmed by the HIGHEST RESOLUTION CAMERA possible.
• Footage must be as STILL as possible (not shaky!)
• Use a TRIPOD if possible to film your clip

INCLUDE THE FOLLOWING when recording your video:

• Your name
• Where you’re from
• Say “I AM THE ECHELON” before your tattoo footage
•  Tell us WHY you’re getting the lyric tattooed
• And be sure to get CLOSE UPS of the area tattooed BEFORE, DURING, and AFTER

Submit your video clips via email OR linked via YouTube (as an UNLISTED VIDEO) to [email protected], PLUS attach THIS Documentary Release Form [ Right click + Download here ]  from both YOU and the TATTOO ARTIST.

Remember, you must abide by all of the above to be fully considered, so please make sure you’ve read every line! DEADLINE FOR SUBMISSIONS IS MONDAY, JULY 29!”

We know the Echelon are a dedicated bunch, but is this something you would do? Many fans have expressed strong opinions in the comment section of the site against it, calling it “extreme” and “irresponsible” of the band.

One fan named Nora raised a good question: “What if someone gets the tattoo and isn't placed in the video..?” while others expressed that they would rather get lyrics that meant the most to them.

Arguably, the very point of this is to do something because you're dedicated to it and want to be a part of something that shows your passion for the band.

What do you think? Would you consider getting a tattoo for something like this? We'd love to hear from fans who are planning to participate in this “do or die” mission for 'Mars.