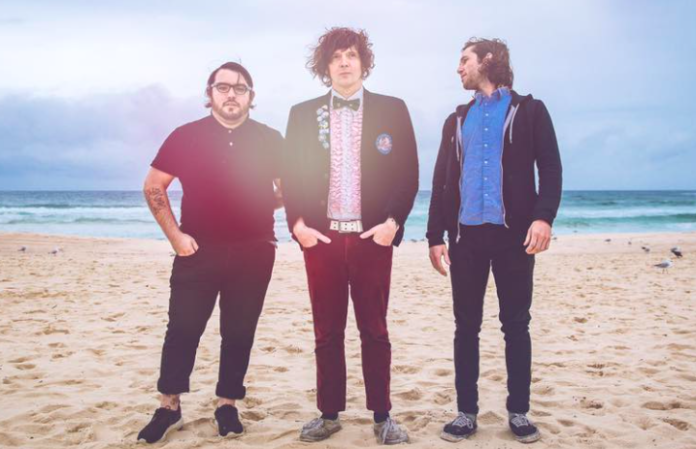 Ex-Beach Slang guitarist Ruben Gallego has responded to sexual assault allegations and the band's decision to remove him in a statement to Pitchfork:

“I’d like to say that what’s important to me is that people stand with survivors and that we continue to foster an environment where people aren’t afraid to speak out against their abusers.

Although I do feel like what’s being said about me is inaccurate it’s irrelevant. I think it’s totally possible for people to see a situation completely differently and if this person feels I harmed them then that’s what I care about and I want to make that right.

I also care deeply about how this affects other victims of sexual assault specifically the ones who attend Beach Slang shows and felt that sticking around would further isolate them.

James [Alex] and Ed [McNulty] are the sweetest most caring people I’ve ever known and I feel they did the right thing and I will always support them.”

Ahead of their first show in support of A Loud Bash Of Teenage Feelings, Beach Slang have removed guitarist Ruben Gallego amid allegations of sexual assault.

“There have been allegations involving sexual assault and our guitarist, Ruben. Although this occurred four years ago and prior to him joining Beach Slang, we cannot in good conscience continue with him. We believe survivors and we want to believe Ruben, but until we learn more information, we don't feel it's appropriate for him to be a part of Beach Slang,” the band wrote on their Facebook page.

The tour will continue with frontman James Alex performing solo acoustic sets each night. The band also says that at the end of the tour they will make a donation to an anti-sexual assault organization—Rape, Abuse & Incest National Network.

This isn’t the first challenge Beach Slang have faced this year. During a less-than-desirable Salt Lake City show in April, Alex repeatedly told the crowd that the set would be their last. After ending the gig early, he told the crowd their ticket money should be refunded. He revealed that after he walked off stage, he believed Beach Slang were no more. It wasn't until he ran into an appreciative fan on the way back to his hotel, however, that he changed his mind. You can read the full story here.

Beach Slang released their first album, The Things We Do to Find People Who Feel Like Us, in 2015, and their second, A Loud Bash of Teenage Feelings, in September 2016—both via Polyvinyl. The band are slated to begin the “Bleached Slang” tour with Bleached tonight (Oct. 11) in Washington D.C. See the dates below.