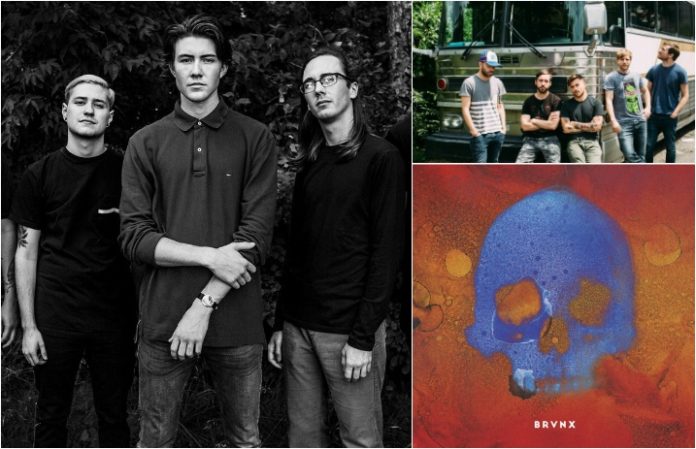 Bearings announce their signing to Pure Noise, Circa Survive give us an update on their summer shenanigans, and the Bronx rock a new song! Check out some of the news you might have missed today below.

Read more: The Dillinger Escape Plan announce final show and other news you might have might have missed today

Canadian pop-punkers Bearings have announced their signing with Pure Noise Records! Take a listen to the band here. Their new EP Nothing Here Is Permanent will drop on September 8—pre-order it right here.

Read more: These 'Star Wars' shoes are perfect for bullseyeing womp rats in your T-16 back home

Circa Survive are surviving

Circa Survive are keeping us all abreast of their ongoing summer activities with a series of awesome video updates—watch their latest entry above!

Read more: Behold, the creepiest bottle of tequila ever (thanks, Guillermo Del Toro!)

Emo revivalists Prawn have unveiled their latest track “Prawn” over at NPR. The band's new album Run is out on September 22.

Crash The Calm shared the premiere of their video for “The Ambient Sound Of Traffic” over at New Noise Magazine—check it out.

Read more: Mark Hoppus is “furious” over this continuity error in 'Beauty And The Beast'