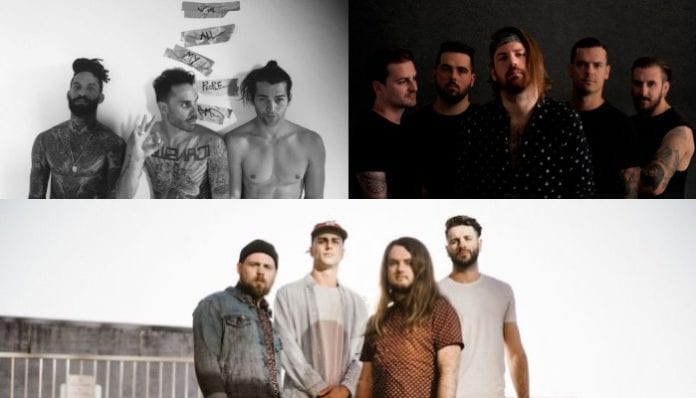 Beartooth have released the latest video in their documentary—plus, don’t miss a tour update from the Fever 333. Check out the news you might have missed today below!

Read more: Did you catch these hidden Easter eggs in your favorite music videos?

Beartooth have premiered the fifth episode of their documentary Beartooth: Greatness Or Death. The documentary shows the process of creating the band’s new album Disease, out Sept. 28. Preorder your copy here.

The Fever 333 have added some additional shows and made a venue change to their U.S. tour happening this fall. Check out the full list of dates below and grab your tickets here.

Our final single, “Oblivion” is premiering right now with @heavyconsequenc

Tell us your thoughts. pic.twitter.com/rHMMzNf9vo

Fit For A King have dropped a new single “Oblivion” off the band’s upcoming album Dark Skies, out Sept. 14. You can preorder it here and check out the tracklist below.

Cheer Up have released a new song “Big Hugs” off the band’s upcoming album Sleep Debt, out Sept. 21. Preorder the album here.

Bearings have released a new track “Aforementioned” and a video to go along with it. The song comes from the band’s new album Blue In The Dark, out Oct. 12. Preorder a copy of it here.

Bad Omens have released a new song and video “Careful What You Wish For.”

Letting Go have unveiled their latest track “Fray,” off the band’s upcoming album Something To Me, out tomorrow. Grab your copy here.

Portland band Lord Dying have signed to Entertainment One records. The band will head to the studio next week to get working on their latest record, out next year.