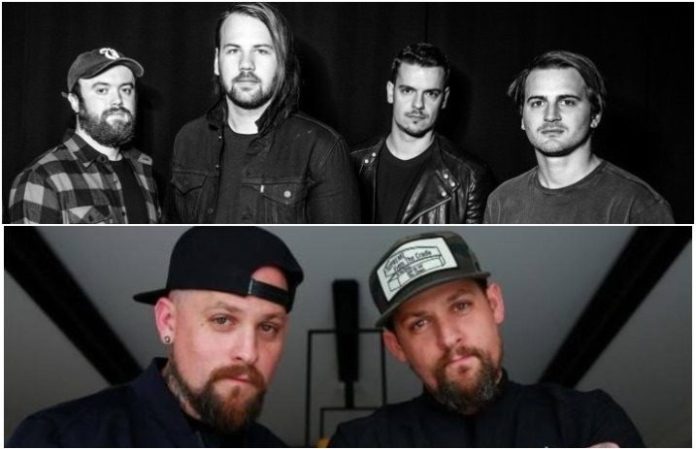 [Photo by: Madden Brothers/courtesy of MDDN]

We’re excitedly awaiting new music from Beartooth, and it looks like we might have even more to look forward to than originally expected.

Read more: Self-made millionaires: Why the Maddens never had any choice but to succeed

Beartooth’s Caleb Shomo shared an update on Twitter, saying he “knocked out two amazing and honest songs with Zakk Cervini,” and who stopped by? None other than Good Charlotte‘s Joel and Benji Madden…

Best writing session for the record was today by far. Knocked out 2 amazing and honest songs with @zakkcervini. @JoelMadden and @benjimadden might have stopped by as well.. ��

Time to wreck some shit ��

Earlier this week, Beartooth announced an epic one-off show with A Day To Remember and Silverstein, and we’re thinking we’ll have to make the trip for this one.

Are you as stoked for new music from Beartooth as we are? Sound off below!

Watch more: Go inside a Beartooth house show with APTV