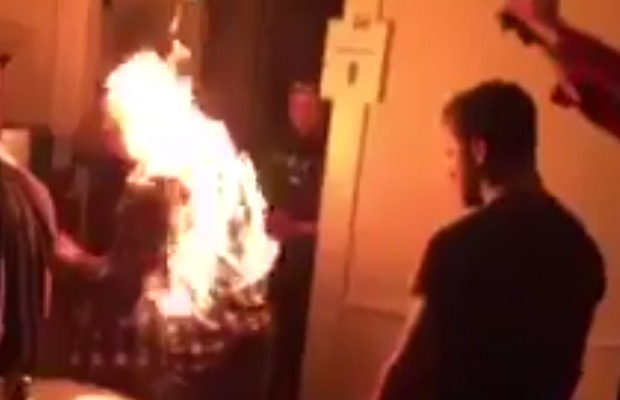 Last night, Beartooth kicked off their intimate DIY run of venue and house shows in Terre Haute, Indiana. While the Tooth boys promised a ruckus when they announced the run, guitarist Chris Sawicki of opening band Church Tongue took things to the next level by having himself lit on fire in the middle of one of his band's songs. Don't believe us? Watch a video below and see for yourself.

“There's nothing like playing a show in a house,” said frontman Caleb Shomo of the tour. “We all grew up going to shows in people’s basements and living rooms. We grew up playing the same shows. To whoever wants to come hang out and rage with us, this will hopefully be the most intimate experience possible with these songs and our live show.”