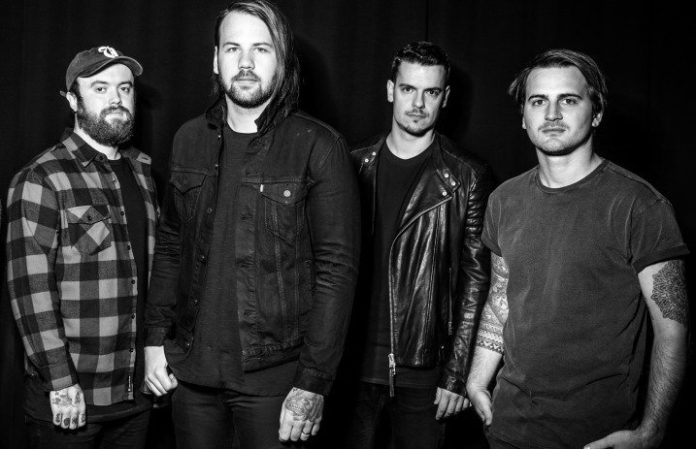 Beartooth have revealed a new music video for “Sick Of Me” that presents a powerful message about depression and anxiety. Check it out below.

The song, “Sick Of Me,” is from Beartooth’s latest studio album, Aggressive, which is being re-released tomorrow, May 26, in a deluxe edition.

“Depression and anxiety isn’t something you just get away from,” says Beartooth vocalist Caleb Shomo. “It’s just inside you. For me it’s just always in my brain churning. It’s about fighting it and overcoming it, you can’t run away from it. You have to deal with it. This song is a big way to help.” (via Kerrang!)

To further raise awareness for mental health issues, Beartooth have released a new line of “Sick Of Me” T-shirts, donating all proceeds to the National Alliance On Mental Illness (NAMI). Get one of the new T-shirts here.

“When I go on stage, everything goes away,” adds Shomo about his own struggle with depression. “If you can choose that you will not let depression and anxiety run your life, you’re going to make it.”

If you or someone you know is struggling with mental illness, there is help to be found. Please consider these online resources and talk to your regular doctor about your symptoms:
MentalHealth.gov – Get Immediate Help
ImAlive – Online Crisis Network
International Association For Suicide Prevention – Resources
The Anxiety And Depression Association Of America
American Psychiatric Association – Finding Help
National Institute Of Mental Health
American Psychological Association – Psychologist locator