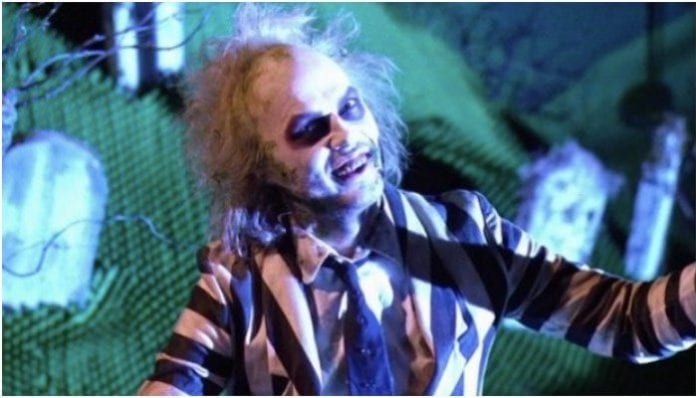 When you think of Beetlejuice, the Michael Keaton-led ‘80s flick is more than likely what comes to mind immediately. In March, we caught wind (and rejoiced) that Beetlejuice: The Musical was in the works.

The show just premiered this month at the National Theatre in Washington D.C. for a pre-Broadway run, and we’re getting a look at the production’s dynamic duo.

Vanity Fair has an exclusive photo from the set of the production, which stars Tony-nominated Alex Brightman (School Of Rock), as Beetlejuice and Sophia Anne Caruso (Lazarus) as Lydia. Both actors were announced as part of the cast in August.

Timbers was first approached about the project eight years ago, and he knew it was important to push the boundaries.

“[One of] the things that was really important to me was that we’re allowed to have edge, that it doesn’t just have to become a family musical like so many musicals on Broadway often do,” he explains to Vanity Fair. “And they immediately they were like, ‘No, we want this to be really funny. We want it to be edgy, and we want it to be surprising.’”

Timbers also emphasized Lydia’s storyline much more when compared to its film counterpart.

“I thought the relationship between them was really exciting to me,” he says. “You’ve got a character who basically wishes he was alive and another character who wishes they were dead, in immediate conflict with each other, right? In terms of Lydia, I was like, ‘I really want to focus this on Lydia’s emotional journey.’”

Check out the photo of Beetlejuice and Lydia below.

Beetlejuice: The Musical wraps its Washington, D.C. run Nov. 18. The show will open April 2019 at the Winter Garden Theatre, and further information is available here.