twenty one pilots dropped their first track since 2018’s Trench last week with “Level Of Concern.” An adorable music video accompanied the song and now we get a little peek into how it was made courtesy of Josh Dun‘s fiancé or wife—Debby Ryan.

The new behind the scenes video shows Ryan and Dun putting up the stars for one of the great scenes for the video.

At long last, twenty one pilots gave fans some new music after years of waiting. The Skeleton Clique needed this pop-y, upbeat anthem. Especially during this quarantine.

The video showed Tyler Joseph and Dun with their partners (and Joseph with baby Rosie) quarantining amongst themselves.

The twenty one pilots video didn’t just gave us fresh content. It also maybe confirmed that Dun and Ryan were secretly married. Dun is wearing a band on a very important finger. Anyway, that theory can be read about in-depth here.

Now, Ryan has shared her own post of the making of “Level Of Concern.”

In it, we get another look at Dun’s ring finger. Also some very cute couple stuff. Dun and Ryan put up stars and get the camera just right for the shoot. Check it out below.

level of concern music video 💫🔦📬 I helped! the song for quarantine by quarantine

level of concern music video 💫🔦📬 I helped! the song for quarantine by quarantine

If you haven’t yet, get your twenty one pilots fix with “Level Of Concern” below.

With the country on virtual lockdown, many people have turned toward iconic bands such as twenty one pilots and emo royalty My Chemical Romance for entertainment during the coronavirus pandemic. Some have spent their time rewatching videos and noticing Easter eggs from the bands for the first time.

One twenty one pilots fan uncovered a potential nod to MCR in the video for their Trench song, “My Blood.”

The band even added the cover of “Cancer” to their live show setlist. In 2017, they played the song throughout the Emotional Roadshow tour.

Now, a Reddit user posted a screenshot of the “My Blood” video suggesting that twenty one pilots’ MCR tribute doesn’t stop with their cover. 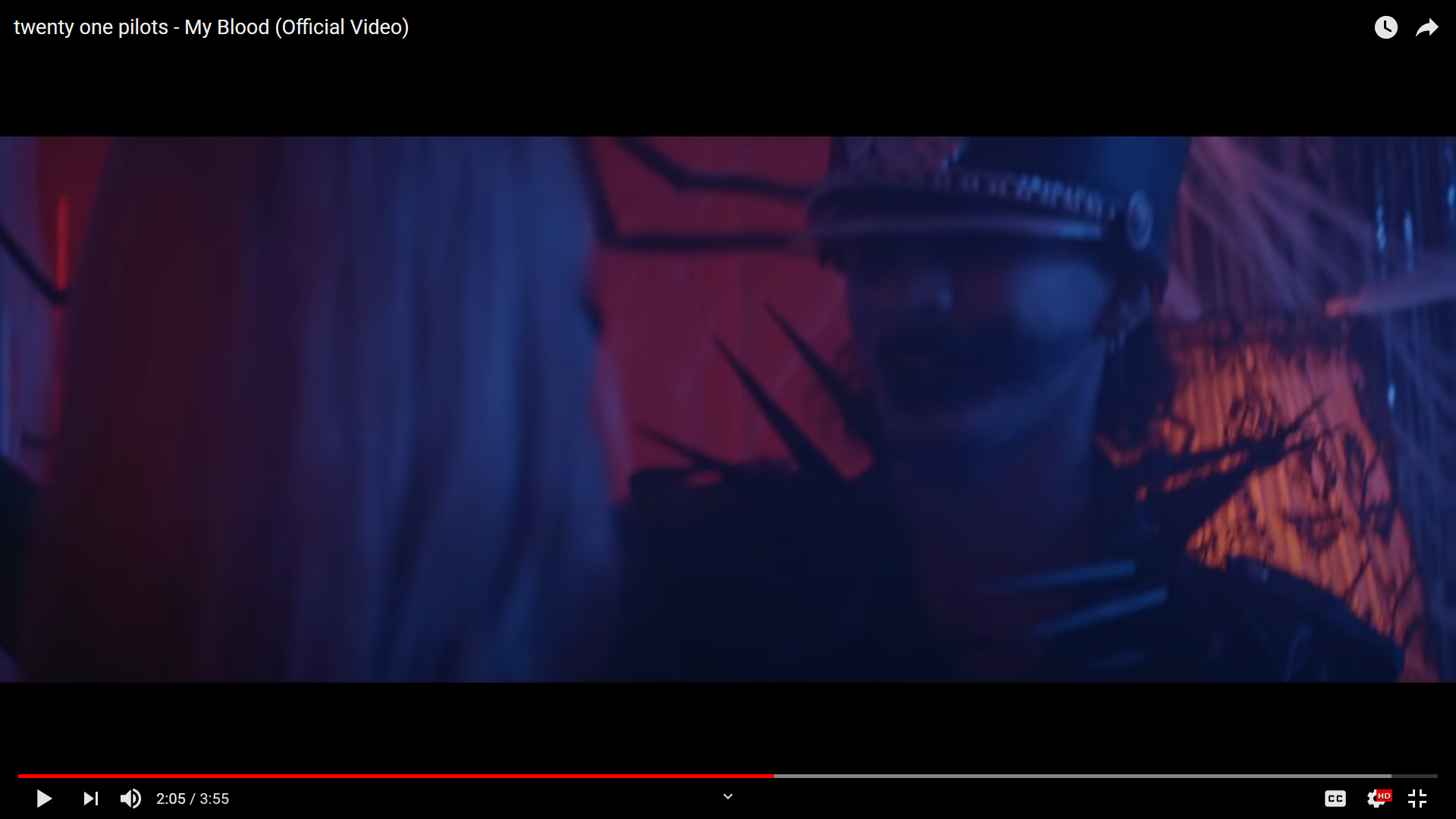 Focusing on the Halloween party the band performs at in the video, the user points out a person is dressed up in a black bandleader hat with silver accents. They’re also wearing a spiked collar and have an exaggerated painted black smile. All of this is reminiscent of My Chemical Romance’s iconic The Black Parade era from the skeleton named Pepe dressed in a bandleader costume to the band’s own attire.

The screenshot got a couple of comments. One person said that it was interesting seeing a nod to My Chemical Romance’s magnum opus in another band’s video.

Someone else said it wasn’t surprising given that twenty one pilots are huge fans of My Chemical Romance. Given how deep twenty one pilots go with their own imagery, we can’t help but wonder if there are other hidden references to MCR or otherwise in their other videos. You can take a look at the costume for yourself at 2:05.

Tell us what you think of Ryan’s behind the scenes post. Did you like twenty one pilots’ “Level Of Concern?” Sound off in the comments below!