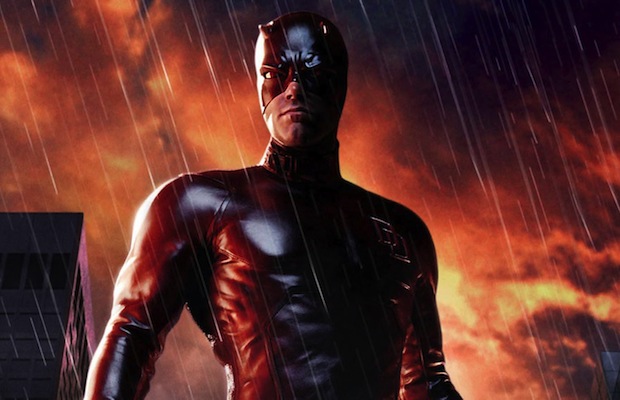 We have a new Dark Knight and it's…. Ben Affleck? The 41 year old actor, whose previous foray into the superhero genre includes a starring role in 2003's Daredevil, will don the cape and cowl as Batman, alongside Man Of Steel star Henry Cavill for that film's 2015 sequel/crossover, previously announced to be showdown between Superman and a re-booted Batman.

This decision certainly shows Warner Bros./DC's desire to take Batman in a different direction on screen, following Christopher Nolan's widely successful, Christian Bale-starring Dark Knight trilogy. Though no official announcement has yet been made, it is assumed that Batman Vs. Superman (or whatever it ends up officially being called) is setting up a Justice League film, much in the same way Marvel built its franchise to lead up to The Avengers.

A Batman Vs. Superman crossover was initially announced at Comic-Con.

At one point, Affleck, whose relationship with Warner Bros. has been longstanding as both an actor and a director, was rumored to be the top choice to direct a Justice League film, though he allegedly passed on the project, before it was apparently put on the back-burner for revamping.

Man Of Steel director Zack Snyder and screenwriter David Goyer are expected to return, and production of the film will begin next year for a planned July 17, 2015 release.

Are you excited to see Ben Affleck as Batman? Do you think he can follow Christian Bale's performance? Is it too soon to reboot the character? Let us know in the comments!