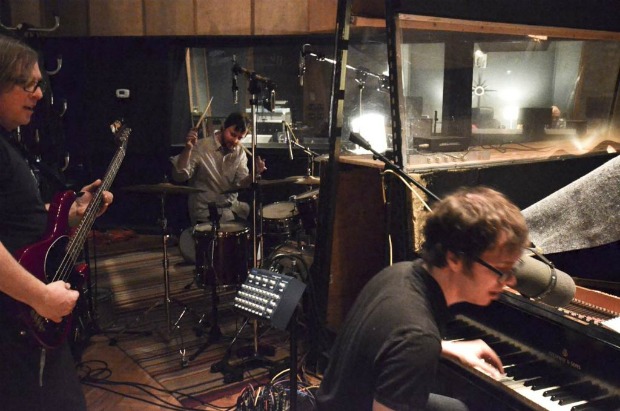 Ben Folds Five entered the studio late last week (pictured above) to begin recording a new album, which will be their first since 1999's The Unauthorized Biography Of Reinhold Messner. A spring release is expected and we'll keep you updated on any new details.

The band, known for singles such as “Brick” and “Song For The Dumped,” disbanded in 2000, reunited for one show in 2008 and reunited again last year to record three new tracks for frontman Ben Folds' The Best Imitation Of Myself: A Retrospective.