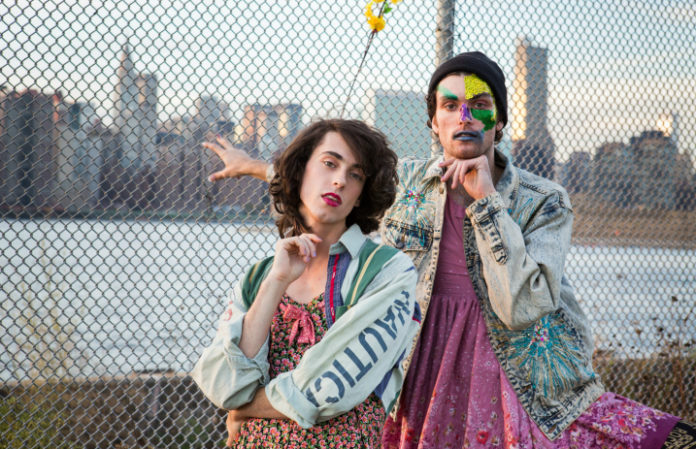 In keeping with this philosophy, we want to let everyone know that we are ceasing to sell and distribute PWR BTTM's music. If you have ordered PWR BTTM products from Polyvinyl and would like to receive a full refund for your purchase, please contact [email protected] We ask for your patience as we work to quickly process all requests.We will be making donations to the following incredibly important organizations: RAINN (rainn.org) to support its efforts against sexual violence, and AVP (avp.org) to aid its programs against LGBTQ violence.Our hearts go out to all victims of discrimination and all survivors of sexual violence.”

PWR BTTM's management, Salty Artist Management has dropped the band. The company wrote the following in a Facebook statement:

“In light of the allegations involving members of PWR BTTM, Salty Artist Management will no longer be working with the band. We do not take these kind of allegations lightly and our thoughts are with victims and survivors of abuse who have been affected by this.

If you need someone to talk to, these organizations can provide information and support:

Ben Hopkins of punk duo PWR BTTM has been accused of sexual assault. Their show in New York City tonight is now canceled.

The allegations were first posted on Facebook. PWR BTTM have since responded. Opening acts on their forthcoming tour, T-Rextasy and Nnamdi Ogbannaya, have exited the tour and posted statements of their own. The tour is in support of their new album, which released today. A PWR BTTM touring musician has also ended his involvement with the band.

A summary of the situation can be seen below.

The allegations were posted in a DIY Chicago Facebook group.

friendly reminder to stop letting PWR BTTM use their status as “allies” to do whatever tf they want pic.twitter.com/ESbXur7zpx

The original accuser then posted screenshots of more people claiming they were assaulted by Hopkins.

And that's it. That the tea. Until more tea emerges. #PWRBTTM NO. ABUSERS. IN. THE. SCENE. pic.twitter.com/q1awVnrlKH

The band then posted a response yesterday (5/11) to the allegations.

We want to respond to some very serious allegations that have been made against Ben. The allegations come as a surprise, but we are trying to address them with openness and accountability. With respect to the image included with these allegations, Ben previously addressed this matter on their/the band’s Twitter in January (https://ibb.co/dsNRRQ).

Unfortunately we live in a culture which trivializes and normalizes violations of consent. There are people who have violated others’ consent and do not know. Ben has not been contacted by any survivor(s) of abuse. These allegations are shocking to us and we take them very seriously. Further, the alleged behavior is not representative of who Ben is and the manner in which they try to conduct themselves.

To address this matter head on, we have set up an email address through which a survivor or someone working directly with a survivor can discuss the allegations being expressed on social media: [email protected] We are currently looking for a mediator with the necessary qualifications. This will be the only person with access to the account. Ben does not have access to the account, for two reasons: 1) because we acknowledge that certain individuals will not feel comfortable establishing a direct communication link between themselves and Ben, and 2) to protect Ben in the event that a malicious party attempts to use the address for anything but its intended purpose.

Our primary goal here is to ensure that a survivor of abuse has a voice, that their story should be heard and that people who cross the line should be held accountable. What this means for the band, our album, our fans and our upcoming tours is, as of yet, unclear. Music is everything to us, but we feel strongly that this matter needs to be addressed first. Updates forthcoming.”

2)We wish we could say these allegations come as a complete surprise, but that is not the truth. Around the time we agreed to a July tour w

4)At the time we felt we should continue w the tour. We did not want to out the person who had come to us in confidence. We feared that

6)This in no way excuses us from culpability. We were scared and confused but we were also selfish. We made a mistake supporting this band.

8)We feel that we may not be the only ppl in this community to have heard these allegations before today.

10) If anyone would like to talk to us, our inbox here is open or you can email us at [email protected] We are here to listen.

To clarify: The tour referred to in this thread has not happened yet. It was supposed to be in the upcoming July

Brooklyn Vegan is now reporting that the duo’s show tonight at Rough Trade in New York City has been canceled. Spin notes the event is canceled on Rough Trade’s site, and musician Cameron West, who has worked with the band previously, posted a statement on his Facbeook yesterday.

“Hi everyone. Today, like many PWR BTTM fans, I was shocked to discover that sexual assault allegations were levied against Ben Hopkins. From my understanding, these accusations were in fact levied via e-mail months ago, but were left unshared with other members of the band, including myself. In order to provide the highest possible respect to everyone who has come forward, I am hereby ending my tenure with the band as an arranger and touring musician.”

Billboard has now reported that multi-instrumentalist Nnamdi Ogbannaya will not open for PWR BTTM as well. The Facebook statement was posted last night.

“Hey y'all. I'll no longer be opening up for PWR BTTM on this upcoming tour. It Fucking sucks for everyone involved and in light of the allegations I can't comfortably continue. I hope that truth is found/admitted and I'm incredibly disappointed at this type of shit continuously happening. I love all of you. Also DO NOT message me on here anymore. Email me about this or anything else at [email protected]”

At the time this article was published, PWR BTTM have made no further statements.