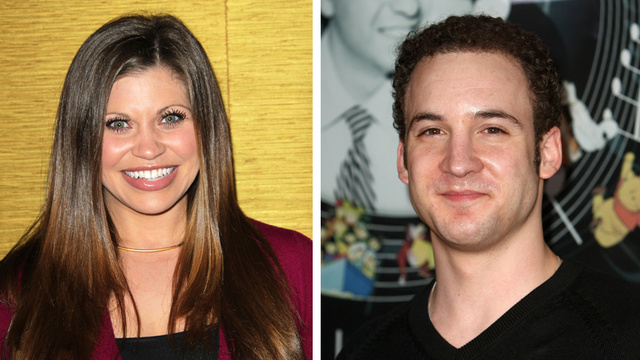 Nineties fans rejoice: The second coming of Boy Meets World is upon us–or at least in the works.

A couple weeks ago, news spread on the internet about a pilot the Disney channel was working on surrounding the now grown-up couple from the hit 90s show. The series would focus on Corey and Topanga's 13-year-old daughter and would be called Girl Meets World. But as quickly as the internet rumor started, it seemed to turn into just that: a rumor. Millennials everywhere went back to watching reruns of Boy Meets World and reminiscing of having a wise adult in their lives like Mr. Feeny.

But now, we can confirm that Girl Meets World is no longer an internet myth: According to an article on TVline.com, Ben Savage and Danielle Fishel, who played Corey Matthews and Topanga Lawrence in the original series, have signed on to reprise their roles in the new show. Planning for the show is still in its early stages, but Boy Meets World creator and executive producer, Michael Jacobs, will also take the reins of Girl Meets World. Now if only Rider Strong will reprise his role as troubled bad boy, Shawn Hunter. We can dream, right?