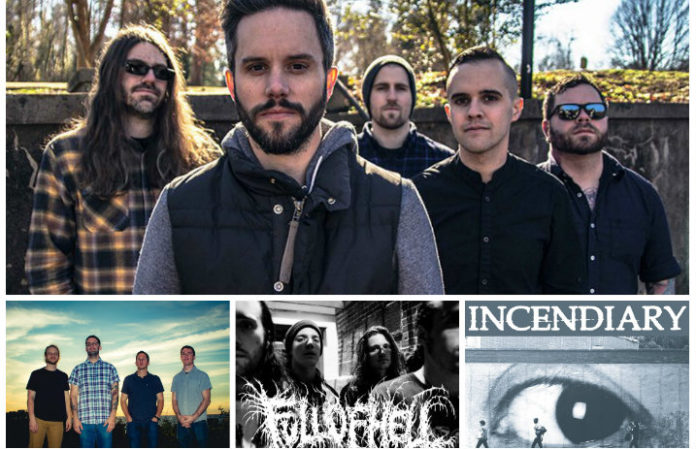 You didn't have enough album anniversary tours in your life, right? Good, because Between the Buried and Me revealed plans for one. We also have new music from some killer bands along with tour dates for Terror.

Between the Buried and Me's bassist Dan Briggs revealed that the band plans on doing a 10-year anniversary tour for Colors.

In an interview with That Drummer Guy, Briggs explained “We’re gonna do a tour this fall doing Colors across the U.S. We haven’t announced it yet, but I think it’s pretty fucking obvious that we’re gonna do it.” Colors peaked at No. 57 on the Billboard 200 back in 2007. If you'd like to hear the entire interview, check it out below!

Terror is hitting the road with God's Hate and Abuse of Power to support their new EP The Walls Will Fall. Tickets will be on sale tomorrow (3/9) at noon. This will be the last time to see Terror in the US before the band heads off on their European tour with Wisdom in Chains. Check out the dates below!

Full of Hell debuted an intense new single off their highly anticipated album, Trumpeting Ecstasy. Trumpeting Ecstasy is dropping May 5 which means you have plenty of time to headbang to this song to try and make those two months go just a bit faster. Check out “Deluminate” below!

Incendiary announced their third album Thousand Mile Stare will be dropping on May 5. Check out the album art and the track listing below!

Light Years debuted a comedic horror-inspired video for “The Summer She Broke My Heart” to celebrate the beginning of their tour with Four Year Strong.

Singer Pat Kennedy explained the video by saying, “We used to practice in the basement of my house but the neighbors would always complain and call the cops. So we found a house out in the country that we could practice in whenever we wanted and no one would bother us. It was also really cheap! Everything was going fine at first, but then weird things started happening… stuff wouldn't be where we left it, doors would open and close on their own, and it always felt like someone was watching us. We set up some cameras to try and document it and well… you'll see what happened.” Check it out below!