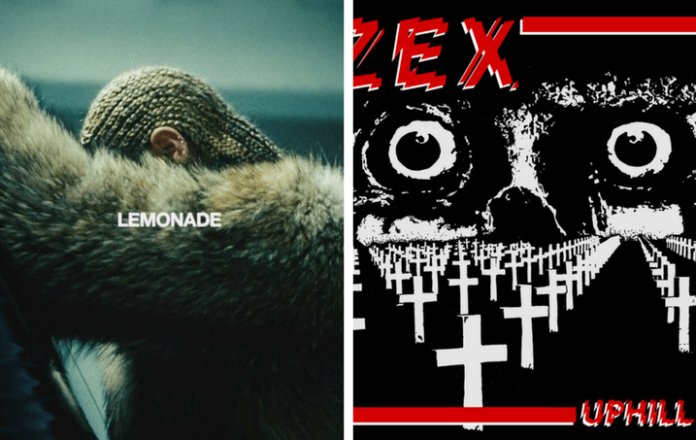 Some Beyoncé fans were in for a bit of a rude awakening (or pleasant ones, for fans of R&B and punk music) when playing their brand-new Lemonade vinyl for the first time: Dropping the needle on Side A of the yellow record on some European copies have yielded the first few songs of Canadian punk band Zex's album Uphill Battle. Talk about a far cry from “Formation.”

Rather than grooving along to Bey's “Pray You Catch Me,” members of the Beyhive were treated to Zex's “No Sanctuary,” which are quite obviously two very-different sounding songs. In this unintentionally hilarious mixup, the mistake was confirmed by a representative for Magic Bullet Records after Pitchfork reached out for comment. Columbia Records has released an official statement on the matter:

Due to human error at the Celebrate Records plant in Germany, which Sony uses to manufacture vinyl, a small amount of the European run of the Beyoncé “Lemonade” vinyl included music from Canadian punk band, ZEX, on Side A.  Beyoncé and ZEX were not aware of or responsible for the mispress.  Fans who purchased the vinyl will be refunded and given a replacement copy.   We apologize for the inconvenience this has caused.

Read more: 10 albums made to listen to on vinyl

Zex posted their own video of the brightly-colored record spinning via Facebook, sure enough playing their music. It makes you wonder if somehow Beyoncé's Lemonade tracks will ever be out there someday with tracks on a Zex album. Most likely not, but this is a pretty funny mix-up nevertheless. As frustrating as it can be, these kinds of mistakes can and do happen. While they're easy enough to replace with newly-pressed albums, sometimes it ends up with a positive twist.

For instance, back in August before Queens Of The Stone Age's new album Villains was poised to launch, advance vinyl pressings of Australian artist Gordi went out with five unreleased tracks from Villains, giving fans of both QOTSA and Gordi an unexpected treat.

So @Beyonce #lemonade arrived yesterday with 5 punk band #zex tracks on side A. #beyonce #vinyl pic.twitter.com/axR7qpt45N

Could we see Beyoncé fans crossing over with new Zex fans? Hey, stranger things have happened. As Columbia Records has stated, any European fans who ended up with one of the copies pressed with the incorrect songs in error will be refunded and given a replacement. But it might be better to hold on to for some big bucks later on down the line. You never know.