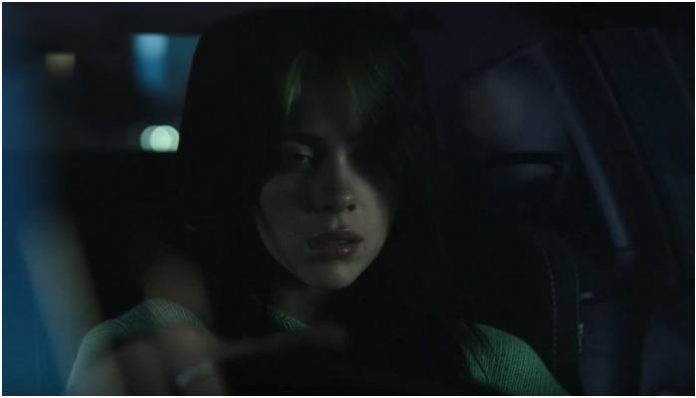 Billie Eilish shared a stunning music video for her latest single “everything i wanted,” which she and her brother Finneas collaborated on.

The musician’s latest track sees her taking on her typical melancholic lo-fi pop tunes with an uplifting, dreamlike beat.

Read more: My Chemical Romance give new look at “An Offering…” figure with UK info

The singer surprised her fans earlier when she tweeted she would be dropping the music video today.

Billie’s video for “everything i wanted” comes out at 12pm PT. pic.twitter.com/9gnFbx9v7U

The music video for “everything i wanted”, directed by Billie, is out now. https://t.co/Wr7A4nfJwm pic.twitter.com/E5PyBOsIpx

Eilish said the track was created by her and her brother Finneas, and wanted the music video to reflect the meaning of the track.

“My brother and I wrote this song about each other,” she says in a press release. “And I wanted to create a visual that emphasizes that no matter what, we’ll be there for each other through everything.”

“This is the second video I’ve directed of mine. We worked so hard, for hours and hours on end. I love it, I hope you do too.”

The video opens with a dedication to her brother.

“finneas is my brother and my best friend,” the statement reads. “no matter the circumstance, we always have and always will be there for each other.”

The video features the singer and her brother riding together in a car through the city and eventually the sea.

Check out the video for “everything i wanted” below.

The track is available to stream here.

Billie Eilish had a year for the record books in 2019. After dominating the top Spotify and Apple Music lists, Eilish made plenty of headlines.

In addition, her world tour sold out within an hour and she was nominated for six Grammy Awards and is the youngest artist to be nominated for the four major categories. She was also just announced as the next artist to record a James Bond theme.

So, Eilish has garnered quite a following. It only makes sense that fans are already clamoring for any information regarding a followup to her debut album WHEN WE ALL FALL ASLEEP, WHERE DO WE GO? Well, Billie just gave us some more information.

Over the past weekend, Billie Eilish performed at the 2020 iHeartRadio ALTer EGO music festival. While there, she answered some questions about her outstanding year, her Grammy nominations and when fans can expect her sophomore album.

The Gramma Awards occur on Jan. 26. Billie Eilish will also perform at the music awards show. She opened up about what it means to just be nominated, regardless of winning.

“I mean, winning any Grammy at all is like… Who would ever think you’d win a Grammy, you know what I mean,” Eilish says. “I’ve never thought, ‘Oh I’d win a Grammy someday!’ So, genuinely if I get anything I’ll be happy if I don’t I’m gonna be happy too, ’cause just to be nominated, what more could I ask for?”

When the topic of her next album came up, Billie Eilish was more than direct saying she can’t deliver something in 2020.

“This year? No, but I will be making it this year, Eilish states. “But next few years? It’s coming. When it’s made. It’s not made yet.”

Check out the full interview here.

What are your thoughts on Billie Eilish’s video for “everything i wanted?” Let us know in the comments down below!