It looks like Billie Eilish is hard at work on her next record. However, it may be a while before fans get to hear it.

FINNEAS has revealed when he wants to release both his and Eilish’s next LPs.

Eilish is still riding out the success of her 2019 album WHEN WE ALL FALL ASLEEP, WHERE DO WE GO? The LP debuted at No.1 on Billboard‘s Top 200 and has won a slew of music awards including the coveted Album Of The Year award at the Grammys.

Now, FINNEAS, Eilish’s brother, producer and collaborator, has revealed that they are hard at work on both of their next albums. During an interview with The Herald Sun, FINNEAS shared that the coronavirus pandemic hasn’t impacted the duo’s ability to create music.

“Billie and I are full steam ahead on her next record, I’m working on my own album too,” he says. “I haven’t suffered at all because of my set-up. Billie and I can work one-on-one, and I’m working remotely with other artists who FaceTime me and ask if I want to work on a song.”

Despite the fact that both albums are coming together, FINNEAS has a desire to not share either LPs anytime soon. He reveals that he doesn’t want either release to be a “bummer COVID record.”

“Billie’s album, and my album, they won’t be a bummer COVID record,” he says. “I have a desperate desire not to release them during COVID-19. It’s the vaccine record! I want it to be the album everyone’s out dancing in the streets to.”

Eilish previously told IHeartRadio in January that she plans to make a new album this year, but it won’t be released in 2020.

Even though Eilish’s new album may not be released anytime soon, she has still given fans new music in 2020. Back in July, she unveiled her emotional new single “my future.” The track follows up 2019’s “everything i wanted” as well as “No Time To Die.”

Following the release of “my future,” Eilish shared that the new single is all about growth. As well, her time during quarantine allowed for a great amount of self-reflection and creativity.

“I could never be alone,” she said. “I couldn’t take my own company for so long. And I don’t know, I just felt like I needed that growth. I needed a moment to myself, and I got it. And it was really hard. It’s really, it’s so much harder than you think, to not rely on people, to just have yourself to rely on.”

FINNEAS’ full interview with The Herald Sun is available here.

Are you ready to hear more new music from Billie Eilish? Let us know in the comments below. 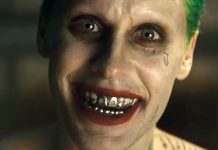 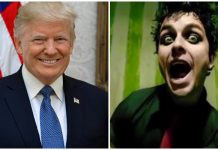