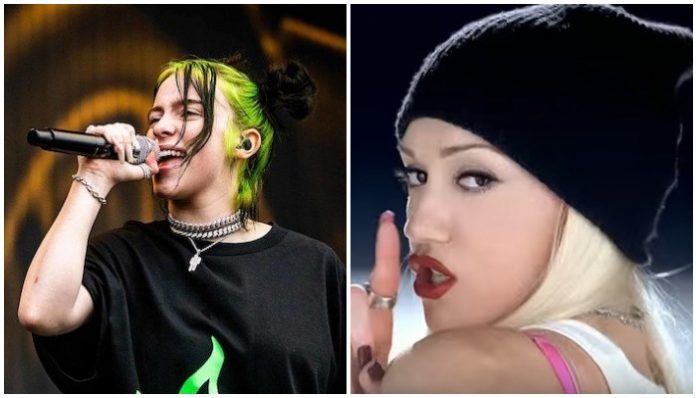 The 62nd Grammy Awards are taking place in a couple of weeks on Jan. 26. Now, the first wave of Grammy performers has been announced. Billie Eilish, Gwen Stefani with Blake Shelton, Aerosmith and Lizzo will all take the stage.

With their 2020 tagline being #UnexpectEverything we hoped there would be a couple of shakeups from the norm. Well, they delivered. Alicia Keys will again host the Grammy Awards.

The Grammy Awards released the first wave of performers this morning. Breakout artists Billie Eilish and Lizzo will perform on Music’s Biggest Night for the first time. Gwen Stefani and her partner Blake Shelton will perform together for the very first time at the Grammy as well.

Perhaps one of the coolest announcements is Aerosmith. The four-time Grammy winners will take the stage and play a medley of their legendary hits. Aerosmith made their Grammy-stage debut back in 1991. Aerosmith is also being recognized as this year’s MusiCares Person Of The Year. This recognizes “their considerable philanthropic efforts over five decades as well as their undeniable impact on American music history,” the Grammy website states.

Lizzo, however, received the most Grammy nods with eight, adding Best Urban Contemporary Album and Best R&B performance to the list. Lizzo was also just announced as the first female headliner at Bonnaroo in 18 years.

Check out some of the social media announcements below.

Watch #Aerosmith the MusiCares Person of the Year, perform at the 2020 #GRAMMYs on Sunday Jan 26th on CBS! @MusiCares @RecordingAcad @CBS pic.twitter.com/yj3xFZhqlz

Nobody but you, @gwenstefani, that I’d want to share this year’s @RecordingAcad #GRAMMYs stage with! Tune-in Jan. 26th to watch our performance! pic.twitter.com/wjLapaSlFp

Are you excited for Billie Eilish, Lizzo, Aerosmith and Gwen Stefani at the 62nd Grammy Awards this year? Sound off below!