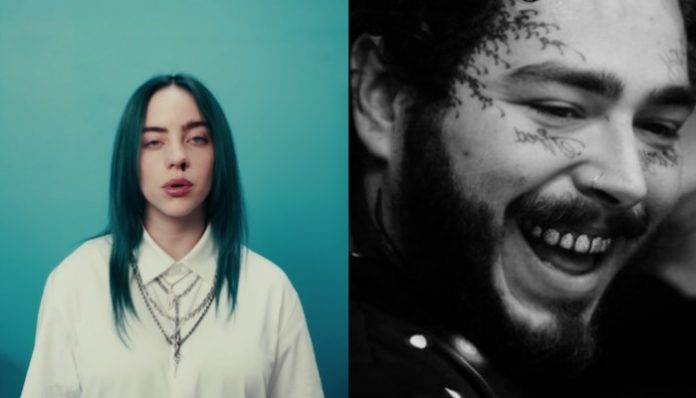 Spotify just unveiled the most-streamed songs of the summer that includes songs by Billie Eilish, Post Malone and more.

The song of the summer is often highly disputed, with people unable to come to a consensus about which track captures the vibe of the season perfectly.

Spotify is taking out the opinions and using hard-facts to determine which song was most popular.  The most popular song globally was “Senorita” by Camila Cabello and Shawn Mendes and nationally it was “Ransom” by Lil Tecca.

Billie Eilish’s chart-topping hit “bad guy” made it to No. 3 on the global list and No. 5 on the national list.

“Sunflower” by Post Malone and Swae Lee for the film Spider-Man: Into the Spider-Verse hit No. 7 on the U.S. list. And No. 10 on the global list.

Iconic meme track “Old Town Road” by Lil Nas X and Billie Ray Cyrus clocked in at No. 4 on the worldwide list and No. 8 on the national list.

You can see the full list of the most popular songs of the summer below, as well as stream a playlist on Spotify of the songs.

Spotify has gifted the masses with quite a surprise this fall. The streaming giant has announced that it’s tripling the length of its free-trial service.

Now, instead of just 30 days of the premium service, new users will receive 90 days free.

The announcement posted today discusses Spotify’s premium service and states the new trial time. The extension applies to individual and student plans no matter when you signed up. The only requirement is that you haven’t tried premium in the past.

“Music and podcasts play an important role in people’s lives, so we wanted to give users the first three months for free to fully enjoy everything that Spotify Premium has to offer,” Spotify Chief Premium Business Officer Alex Norström says. “We know it takes time to fully experience all of the features available with Premium, so we’re giving people the time that they need to fall in love with Premium’s seamless listening experience and on-demand access to more than 50 million tracks, billions of playlists and 450,000 podcast titles for free.”

What do you think of the most popular tracks streamed on Spotify? Sound off in the comments down below!