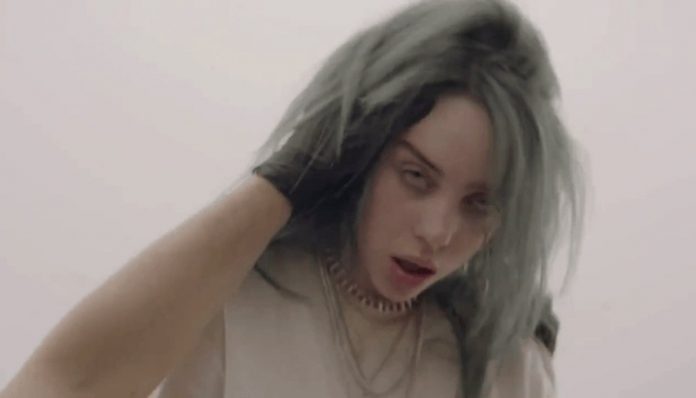 Yesterday, Billie Eilish teased her next single, “wish you were gay,” which was coming way sooner than we thought. The singer gave fans a little less than a day’s notice to prepare for the next track from her upcoming debut full-length.

The musician took to Instagram to announce to fans that it would be dropping today.

To make us even more excited, she teased a clip from the song in her post, which told fans to be ready for the track. You can listen to that below.

“wish you were gay” OUT 9AM PT. TOMORROW BE REEEAAADY

Eilish dropped the first song from her album, ”you should see me in a crown” in July. The singer followed it up with “when the party’s over” in October and later a video.

This year, Eilish announced her forthcoming album WHEN WE ALL FALL ASLEEP, WHERE DO WE GO? with the release of “bury a friend.”

Eilish and brother FINNEAS joined forces in writing, producing and recording the entire record in their childhood home in Highland Park, Los Angeles after spending days writing on the road throughout 2018.

Eilish reveals that “bury a friend” inspired the rest of the album.

“When we made ‘bury a friend,’ the whole album clicked in my head,” she says. “I immediately knew what it was going to be about, what the visuals were going to be, and everything in terms of how I wanted it to be perceived. It inspired what the album is about. ‘bury a friend’ is literally from the perspective of the monster under my bed. If you put yourself in that mindset, what is this creature doing or feeling?”

“I also confess that I’m this monster, because I’m my own worst enemy,” she continues. “I might be the monster under your bed too.”

Now, we’re getting the next single, “wish you were gay,” which you can check out here and below.

WHEN WE ALL FALL ASLEEP WHERE DO WE GO? drops March 29. You can preorder a copy here, and check out the full tracklisting below.

DEBUT ALBUM: “WHEN WE ALL FALL ASLEEP, WHERE DO WE GO?” NEW SONG OUT TOMORROW 9AM PT!!!

How excited are you for a new Billie Eilish song? Sound off in the comments!